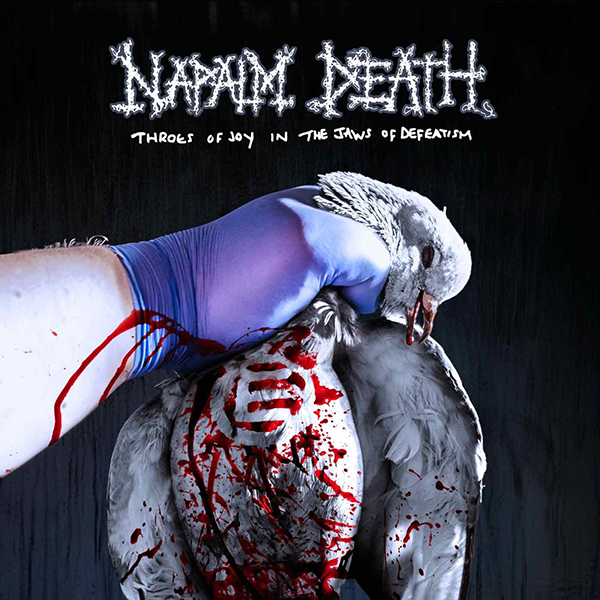 For more than 30 years, Napalm Death have been on the front and far from shy about their political views and insight in a raw and visceral style unlike many others, more than just a trend jumping on the train, they were amongst the godfathers of their scene. After all these years, and in 2020 of all years, the World is very much a different place but with all the same ingredients and more to see them return after their longest time away from the studio in their career.

Politically charged, hardcore punk and an almighty slab of the extreme, there is no slowing down for the juggernaut that is Napalm Death. ‘Fuck the Factoid’ is the sledgehammer. Two and a half minutes of mayhem that sets the tone, ‘Backlash Just Because’ and ‘That Curse of Being in Thrall’ continue with that high bar, shrill, sharp, and like a drill to the temple.

“Contagion” comes at you just as aggressive as you’d expect, but more like a track with hardcore roots than grind, riffs galore, violent, and just glorious, giving way to another track of variety compared to the opening quarter ‘Joie De Ne Pas Vivre’. There seems to be more variety or experimental of an approach with the vocals from Barney Greenway’s barking, this track having a sinister blackened sound to it you’d expect more from a Dave Hunt, the theme follows with ‘Invigorating Clutch’ as it slowly builds into an abrasive machine hammering home heavily. ‘Amoral’ has a similar vibe musically, the play on riffs and rhythm take more of the lead as opposed to pace and ferocity, almost a Gojira vibe with parts of the song.

The last quarter kicks down doors and takes no prisoners, the title track comes out all guns blazing, after an angry Barney starts things off, and like any last hurrah, everything is thrown at them, closer ‘A Bellyful of Salt and Spleen’ takes an industrial approach, Sinister in its own ways, it polishes off what has been the longest break between any Napalm Death album in their long career. Written heavily by bassist Shane Embury, it’s clear to see he has embraced the time between releases to try and up his game. Varied and reinvigorated, this has taken a machine of over 30 years and made it sound like they are back in their first decade, there is no let off at all, everything is pushed. Lyrically there is never a time where moral, ethical, political and global issues are not involved, and Barney is amongst the best to capture and put those out there without alienating. Napalm Death, always loud, always pushing, always relevant.