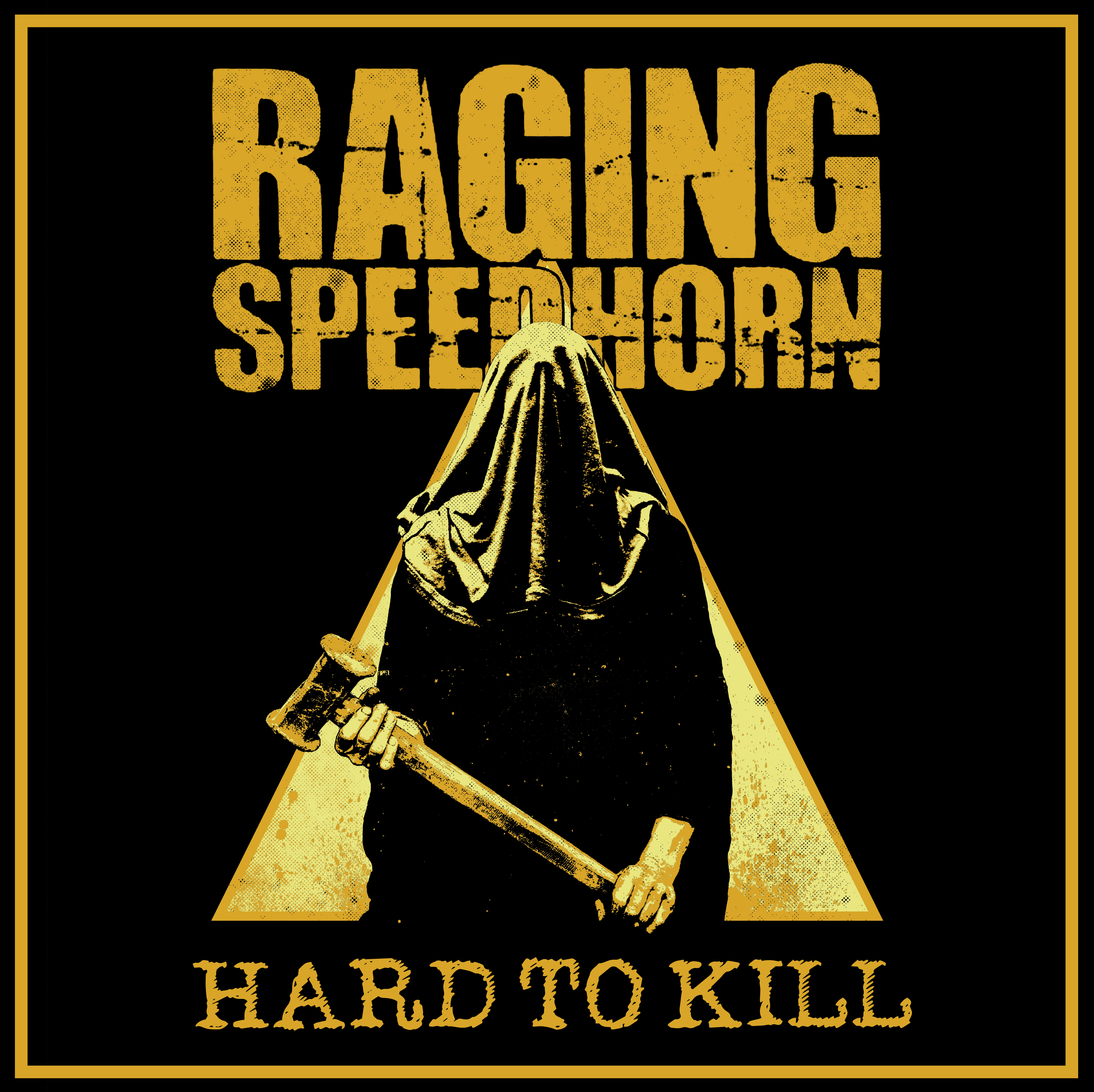 In an otherwise shit show of a year, Raging Speedhorn has been able to be a shining beacon of hope for themselves. Over the years since their re-emergence, they have been thrown almost everything against them, tours postponed or canceled for various reasons, gigs culled last minute with concerning health issues (still hurting after missing them with Phil Anselmo on the last night of that tour) and of course, line up changes. The years have also proved they don’t stop. Lost Ritual was a monster of a return to the studio for the band, the original line-up show with Crowbar was absolutely nuts, and of course, the entrance of new (and old) members keep the fires burning.

Hard to Kill is just about right for them, they will take every punch thrown and still get up. The album has the debut of guitarist Dave Leese and bassist Andy Gilmour flexing their imprint onto the band, and of course vocalist Dan Cook. Always an honourary member, the former RSJ frontman has been there to step in any time he was needed over the RSH lifeline, having him join the fold just seemed like a natural step, and there is no man more fitting to fill the shoes of Big John, the mainstay of vocals for the entirety of the bands history.

Hard to Kill is perfect RSH, it’s the kicking and screaming haymaker smashing you straight in the sweet spot. ‘Snakebite’ gets its teeth in quick, fast in tempo and attention grabbing, it leads way to the swaggering, fist-pumping ‘Doom Machine’, an instant favourite to guzzle your drink of choice. The pissed off ‘Spitfire’ rings out like a fitting warcry considering the bull of the year, and when that build up comes in, just oosh!

Title track needs no explaining as to why it became the namesake of the album with its energy. With the halfway point comes the first slow and sludgy taste of the new RSH, similar to Lost Rituals Ten of Swords in ways, it opens the door to some heavy riffs in ‘Hand of God’ and ‘Brutality’, the latter bringing some old school RSH vibes. Again the album closes out slow and doomy, ‘The Best’ swinging heavy and dark, almost perfect in itself to end the album off, but then comes a little treat with an awesome cover of T-Rex’s ‘Children of the Revolution’, clearly, a damn good time was had making that, and the treatment it gets from the band fits surprisingly well.

Russ Russell sitting at the helm of the recording at Parlour Studios, his second with the band, and blatantly it is clear it’s a relationship that just works. New blood feels like old blood in the RSH lines, and together they’ve really pushed their standards with writing. Dan and Frank roll off of each other awesomely, there is only one John, but Dan brings his own charm and matches the intensity and vibe in the studio he creates with the band on the already well-proven live show performance. Dave fits in with Jim on guitar duties like a damn peach, their riff work in unison and harmony is just magic, and that sits over the fantastic rhythm section of bassist Andy Gilmour and Gordon Morison. This is probably their best work yet over the 6 releases, clearly comfortable with each other and having fun, this looks to be the start of something really getting air under their wings, and another reason why I love them so. Just a damn shame Covid decided to get in the way.