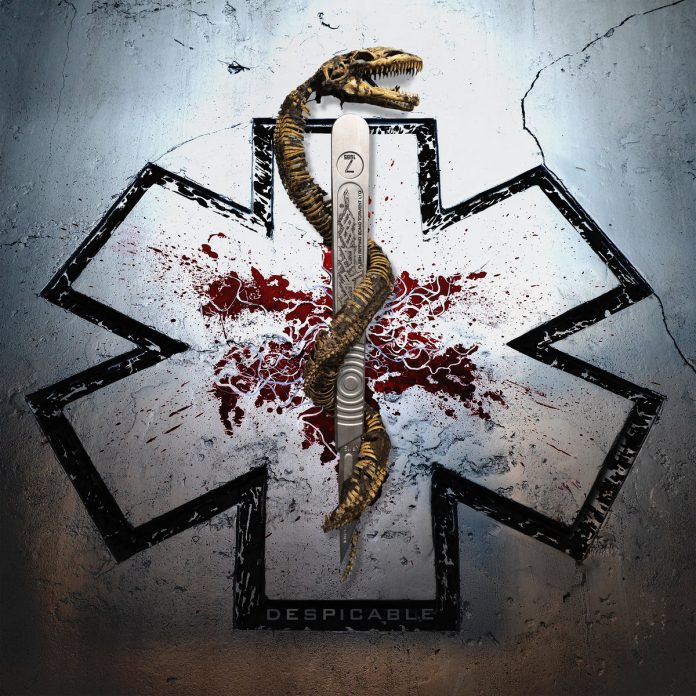 It feels like an absolute age since Carcass was last in the studio, Surgical Steel being there only studio release in 2013, anything previous to that and you’re having to look as far back as the 1996 Swansong. Thankfully the wait between albums won’t be that long with the (delayed) release of their 7th, Torn Arteries, while Covid may have caused that, the gents have been kind enough to tease us of the future with their EP, Despicable.

Age hasn’t slowed the band, and on first listen, Despicable plays like an extension of Surgical Steel, the bridge between albums is strong, it’s loaded full with groove and hooks, old school melodic harmonies and speed you expect from fresh faced young lads. ‘The Living Dead at the Manchester Morgue’ reads like a mouthful, but the size of the title is matched by the size of the track, momentus in every way, the old dogs are still clearly learning new tricks. It opens up to the more reserved, but none-the-less crafty ‘The Long and Winding Bier Road’, more commonly known as Corpse roads, used for transported corpses to cemeteries made popular in the medieval era.

‘Under the Scalpel Blade’ has plenty going in itself and despite the many changeups, takes the throne as the most favoured of the bunch pretty early on after a few plays. ‘Slaughter in Soho’ polishes off a varied EP. Opening out with a swagger similarly found in mid-nineties era of Carcass. In all, it’s a fantastic showcase of what’s to come, and a great homage to their past too. While it might not quite be a full release which is eagerly awaiting, it is a nice little gift of a package from the band to see us through, and who can blame Carcass for holding back on a full release when it can’t get the full tour and support treatment it deserves? We’ve waited 7 years since Surgical Steel, we can wait a little more, this little taster in Despicable is proof in the pudding that when the time comes, we will not be disappointed.

Carcass’ Despicable EP is out October 30th via nuclear blast, on streaming platforms and CD/Vinyl formats.