Outlaws & Moonshine – The Devil In The Moonshine 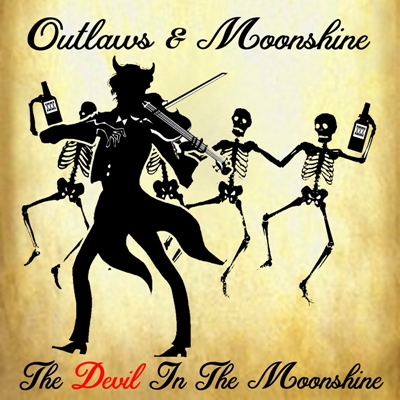 Sounding like someone’s banging on a dustbin lid while a hoary old voice calls out, I’m expecting something avant garde here but then a regular rhythm section gets going with electrics and acoustics settling in some licks for Outlaws & Moonshine’s statement of intent that is opening track ‘Devil in The Moonshine’. There are sing-along lyrics of the countrified sort we’ve heard a fair few times before, not least in their sentiments  but there’s a little flick in the vocal melody that keeps your ear listening, as do some cool electric and acoustic solo parries.

We’re mostly in Southern rock territory with this band, that brand of music adding to its gumbo with country rock sounds more and more in recent times. But let’s not either forget that aside from its home-grown blues and rock ‘n’ roll Southern rock took liberally from Clapton’s work with Cream (that’s putting aside Duane Allman’s integral contributions to Derek & The Dominoes) and that’s felt here with ‘Here Comes (Bobby)’. With a dreamier laidback acoustic and steel over a good song structure that flows it may swing more towards Delany & Bonnie musically but old Slowhand’s style is in there somewhere too. By comparison ‘Don’t Be Scared’ is hard strutting modern blues rock – No doubt a sing-along live, and one would hope the guitar solo gets extended live too as it sounds good but finishes just as you think it’s going to really go somewhere special.

‘Ride Or Die’ is a slow bumpy ride with a chorus line that echoes Kid Rock in reflective good humour while ‘Boom’ is a party rocking hoedown but ‘Hey Y’All’ is over a similar vein dancing in Doc Marten boots and is all the better for it, though be warned there are clichés and innuendo galore. I can’t work out if ‘Cootie Brown’ is politically incorrect or making some kind of statement, Outlaws & Moonshine lyrics are not their strong point. However, musically it’s interesting how there’s a kind of surf guitar style being applied.

Notes play through enchanting chords on an acoustic while an electric guitar sustains building up to a rolling train boogie on the drinking song that is ‘Whiskey’. Ballad ‘Redneck Me’  again features acoustic ,this time the vocals contrasting with a rougher gravellier voice singing earnestly about compromises made in life and is one of the album’s strongest songs. By contrast ‘Different Kind Of Man’ has lines like Never let a woman get the best of me” sung with attitude while being musically reminiscent of The Outlaws, not least because of its longish length.

So are Outlaws & Moonshine really outlaws or just clever songwriters playing an angle? Either way, it might work out well for them. There’s a voice at work that has a melodic turn of phrase within what he actually sings about, and there are minor licks that grab you not least because of the frequent electric and acoustic guitar interplay. Be interesting to see how this band develops considering how the South has risen again musically in recent years. 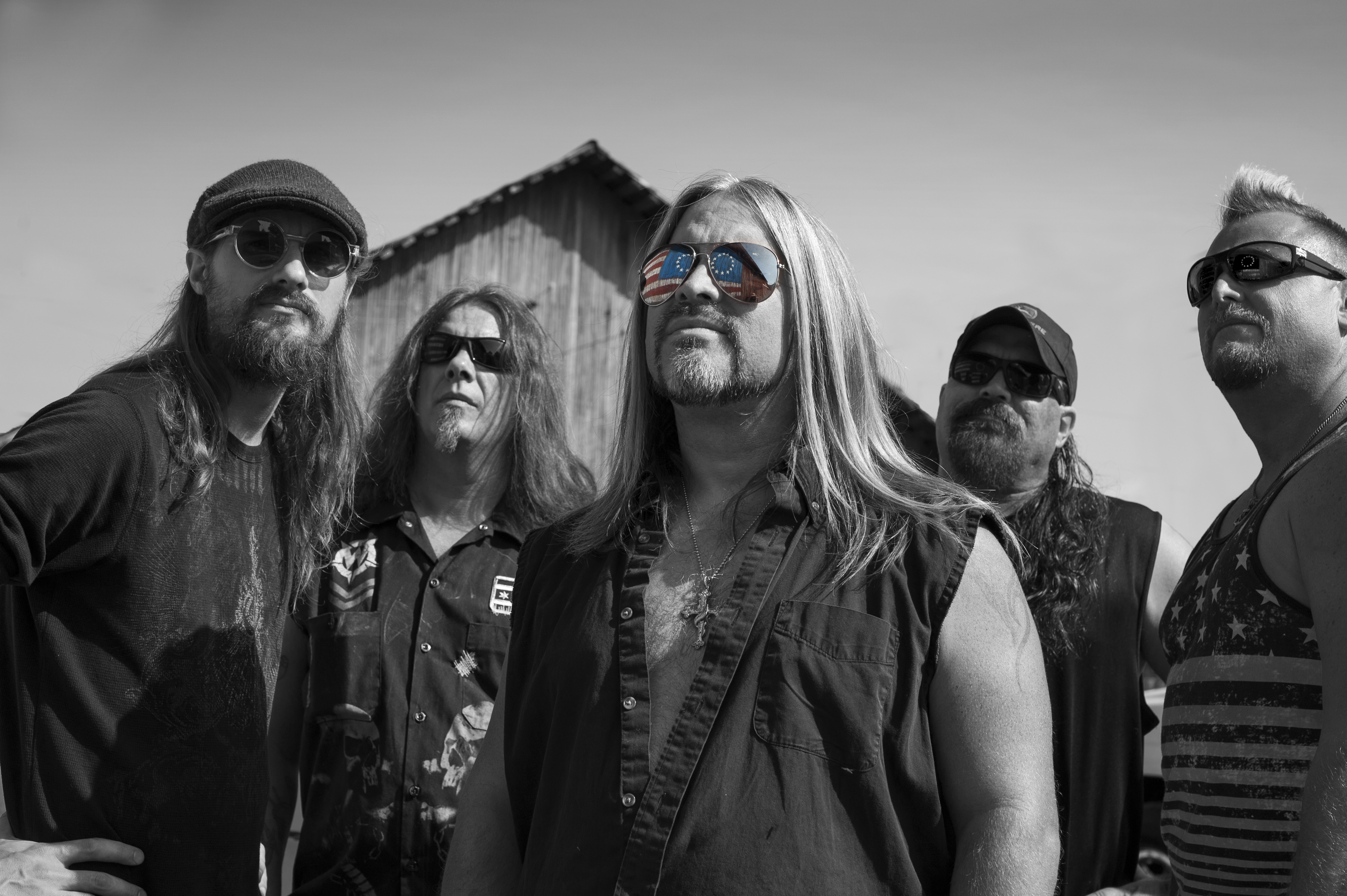