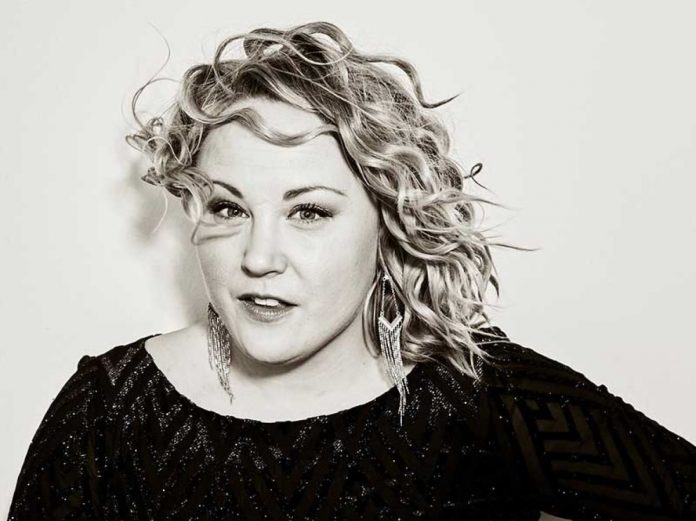 A follow up to  Run To Me, that was nominated in Canada for a Juno Award in 2018, The Reckless One follows on, in what appears to be fine fashion.

If the sounds of Muscle Shoals, and all the rock, blues and soul hits that studio put out in its heyday are something you’ve a hankering for then look no further. The Delta Sugar swing and shudder throughout in earnest performance, and if Samantha Martin herself sups from the same cup as gave us Janis oplin and Aretha Franklin from time to time there’s many who’ll be ready to pay.

As co-writer on all but one of the tracks, love is staple ingredient for Martin’s songs. Though, with ‘Love Is All Around’ it’s less an opening gambit and more a case of celebration. Brassy if not brazen with shuffling feel good sounds, a big chorus hook and a keyboard solo in a Booker T manner; things start off well.

‘Don’t Have to Be’ is the kind of upbeat R ‘n B you wouldn’t have been surprised heard The Small Faces dish out back in the day, whereas it’s not until we get a way in with ‘Meet Me in the Morning’ that you realise they’re covering that old Bob Dylan classic – The guys and gals take it on a trip to the beauty parlour, pamper it and return it to the world as laid back slow funk where Martin pushes her voice, squealing out in soulful bluesy delight.

Contrasting backing harmonies under a bitter sweet love song are to be heard on ‘Loving You Is Easy’. The music is upbeat but permeates a sense of hidden melancholy, with a slight folk feel, and a slide guitar solo that plays freely with the lyrical melody.

Stumbling in its heartache, the music to ‘One Heartbreak’  like a wounded New Orleans take on ska, mixing with aching bluesy soul as she sings  that can only take “one heartbreak at a time.”  There’s more that hurt to be felt and hear on ‘I’ve Got a Feeling’ wherein its slow blues Martin wails like Joplin one minute, testify on the gospel in church the next; where for this one our love theme pans out well.

Acoustic guitars evoke the sound of cowboys roaming the plain before developing into a Tex-Mex blues in ‘Sacrifice’, all as visited by a 60s swinging girl group, with the latter harmonies affecting a ‘Ghost Riders In The Sky’ mood. That girl group fraternity continues  for the slow dance blues of ‘So I Always Know’ then it’s all change as parping horns blast away on the R ‘n B od ‘Pass Me By’ that’s part travelogue, part biography as if performed by Dexys Midnight Runners fronted by Dusty Springfield.

‘All That I Am’ is musically similar to the Georgie Fame’s Sitting in the Park’, with sharp clipped guitar chords, sweet harmonies, sympathetic horns, and a fine fiery lead vocal delivery and ‘Who Do You’ is upbeat raunchy, sneering and sazzy, rocking rhythm ‘n blues

This is an album for Sunday mornings and rainy days… And wherever you choose in between!

Samantha Martin & Delta Sugar – The Reckless One is available at Gypsy Soul Records by clicking here.

‘Don’t Have To Be’ is available as a single here, as is their latest single ‘Loving You Is Easy’ that you can catch the video of right here.