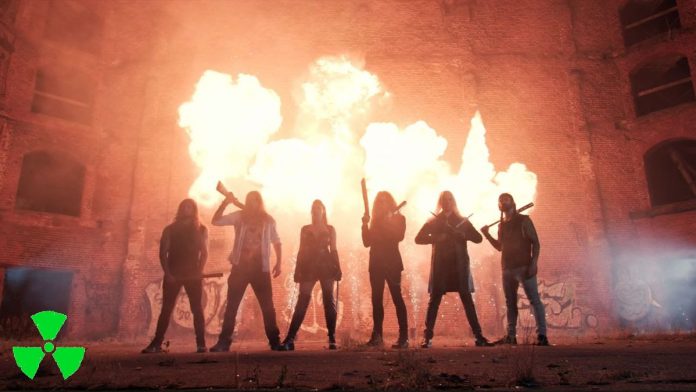 Swedish band Amaranthe‘s sixth album, Manifest, takes up where 2018’s Helix left off…except with this new one, they have packed every trick into short, sharp, and powerful songs.

Opening track ‘Fearless’ sets the familiar tone: heavy riffs, synths, glorious female/male vocals, and a bit of growling too with some nifty guitar soloing to complete the metal package very nicely. ‘Make It Better’ follows the same template but a with a sweeping, operatic feel behind the heavy metal structure. ‘Strong’ is my current favourite as singer Elize’s vocals are allowed front and centre and she does a fabulous job. ‘The Game’ is like a brilliant pop song that has gone through a blast furnace! ‘Crystalline’ starts with just that…crystal clear vocals over a soft piano, with member Nils joining in with his trademark range and clarity. This is a metallic ballad of sheer quality.

The album is comprised of twelve tracks with only one breaking the four-minute barrier, which means the songs never outstay their welcome. However, despite being all struck from the same mould there is variation aplenty to enjoy as the growling vocals are used for emphasis rather than just effect, and the melodic vocals are always a treat. The album is rife with metallic rock of quality with great musicianship behind it all and, although the guitar solos sometimes tend toward shred, they are crafted so well that they always entertain. Give it a listen.

Manifest was released on 2nd October via Nuclear Blast.