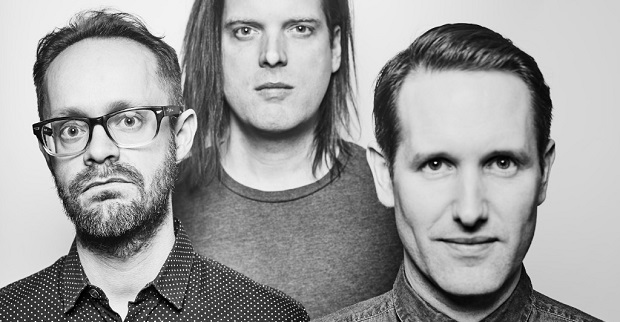 Ash is one of those bands that everyone knows, likes, listens to, etc. yet they have never been over-played or overrated. In theory, everyone likes Ash! It doesn’t feel like 26 years since their first single ‘Jack Names The Planets’, as they still sound as fresh today as they did in 1994 – but apparently so.

This is like an alt-pop rock time machine scaling the early 90s post-grunge scene with their breakthrough single ‘Girl From Mars’, plus ‘Kung Fu’, ‘Goldfinger‘ and ‘Oh yeah’ through to the Britpop era of ‘A Life Less Ordinary’ through to their comeback in the early 00s with ‘Burn Baby Burn’ and ‘Shining Light’ and through to their current material.

This is a double album on both CD and LP, clocking in at 52 tracks (listen to one track a week for the next year, maybe) so there’s sooo much to cover here. It’s worth listening to this as chunks of Ash that evolved as time went on. This is more impressive when you consider the core members of Tim Wheeler, Mark Hamilton, and Rick McMurray (Charlotte Hatherly also spent a good 9 years with the band too).

One hidden gem on this is the cover of ‘Everybody’s Happy Nowadays’ by The Buzzcocks, featuring vocals by none other than Chris Martin of Coldplay. Which Shaun Of The Dead fans will already be familiar with. Personal favourites on this collection are from the Meltdown album: ‘Clones’ and ‘Orpheus’. This seems to be when Ash found their grove. It just fits.

With the greatest of respect, you would have to purchase every Ash album to compile all of their best tracks so this collection may be the best thing for those who want to get into an underrated band. Other highlights come from lesser-known track ‘Envy’ and Undertones’ cover ‘Teenage Kicks’. Every track from their A-Z Series is on here too: this is when Ash released a single every other week in 2010 representing a different letter of the alphabet. If that’s not ambitious, I don’t know what is.

This by no means isn’t just for hardcore fans, quite the opposite. This is a great gateway into a band that doesn’t get enough coverage these days. If you haven’t listened to Ash before, this is your chance.