Avantasia ‘The Mystery of Time’ 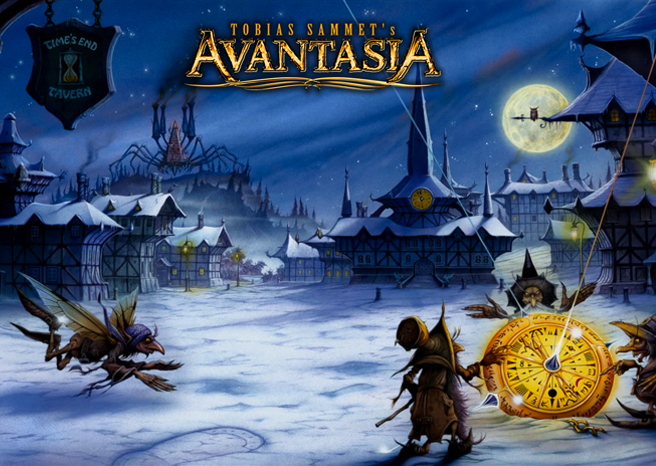 “So take the time to follow me into a small old English town during the Victorian era and join a young agnostic scientist by the name of Aaron Blackwell as he is forced to explore the coherencies of time, God and science; torn between beliefs in his professional conviction, his spiritual intuition, love and a lodge of scientific occultists.”

Thus behind Rodney Matthews’ detailed fantasy Dickensian cover do we find Tobias Sammet’s sleeve notes to this, his latest Avantasia rock opera offering, The Mystery of Time: a sort of steam punk tale of Narnia as if conceived by Phillip Pullman perhaps, then musically translated in a general AOR/hard rock manner, albeit with nods towards A Trick of the Tail-era Genesis during some of the introductory pieces, and grander theatre aspirations by way of appearances from the German Film Orchestra of Babelsberg.

As with previous records, there is a core band, guest musicians and special vocalists. For The Mystery of Time we have the likes of Bruce Kulick and Arjen Lucassen playing guitar, plus Rainbow’s Joe Lynn Turner, Saxon’s Biff Byford, Helloween’s Michael Kiske and others singing solo, in duet with Sammet or between them – and that’s when it does become extra special.

With songs like The Watchmaker’s Dream and Dweller in a Dream you’d be forgiven for thinking the band are Uriah Heep in disguise. Admittedly Heep’s current drummer Russell Gilbrook is sitting in that hot seat throughout the album, but it’s the inspired full throttle belting vocal approaches, the song structures themselves and the superlative manner that Lucassen’s guitar solo scales its way into one by keyboard player Miro on organ in the case of The Watchmaker’s Dream.

The doomier gothic feel of Black Orchid is a perfect setting for Biff Byford’s voice to stand out and phrase with emotion against the differing musical textures rather than screaming against the bludgeoning metal of his regular band, whereas Michael Kiske just flies naturally on the power metal roll of Where Clock Hands Freeze. 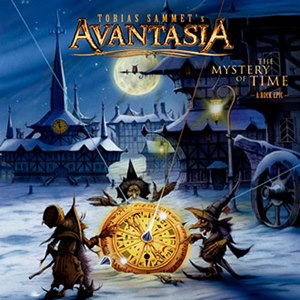 Pivotal story moment, Sleepwalking is a hauntingly beautiful duet between female singer Cloudy Yang and Sammet, only bettered in those lush AOR stakes several songs later when Mr Big’s Eric Martin bleeds his heart out over the synthesiser melody of What’s left of Me.

But it’s with two tracks that run to over ten minutes each that I’m most impressed by the vocals. Saviour in the Clockwork starts in a stately orchestral manner then twists and turns with assorted rock motifs and compelling guitar hooklines even as Turner, Byford, Kiske and Sammet take turns, blend their voices, or sing in counterpoint to move the story forward, until nearing its end Kulick lets rip with a skewered slow blues guitar solo. On The Great Mystery Magnum‘s Bob Catley replaces Kiske in the vocal line-up for The Mystery of Time’s epic choral conclusion.

The concept of Avantasia came to Sammet while touring with his main band, Edguy back in the nineties, six albums on and The Mystery of Time, the third full concept in the series, is already attracting audiences on a world tour that features a number of guests, many of whom appear on the record itself.

My own impression on first hearing The Mystery of Time was that it was actually the kind of musical experience that had the potential to find major crossover appeal over in theatre-land the way Jeff Wayne’s War of the Worlds or the Trans-Siberian Orchestra has. It has that more commercially accepted brand of AOR that mainstream audiences can relate to, having an actual orchestra playing on it ticks that pre-requisite snobbery factor, and as importantly lends itself to strong visual possibilities in terms of stage design, lighting and evens dancers prancing about by the possibilities of its general storyline. Who knows if it’s an angle Sammet has in mind for the long-term (his pension; as it were). However, on the evidence of this recording alone however, Avantasia is doing magically just as it is.

The Mystery of Time is out now via Nuclear Blast.