Alongside the wonderful B.B. King box-set I reviewed a bit ago, a documentary charting the remarkable 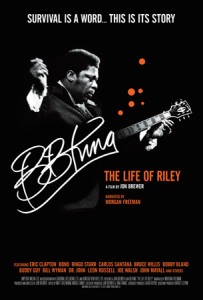 life of the blues musician is being given a limited release across selected cinemas. And lucky me, I was invited to go along and see it.

A documentary such as this is a tricky subject to review. An in depth look at Riley King’s life and career directed by Jon Brewer and narrated by Morgan Freeman, the film is heavy on celebrity input. It would be easy to fall into the trap of endless self-congratulation and hyperbole, but the documentary is saved by the overwhelming honesty and charm of Mr. King himself. Indeed if Morgan Freeman got paid for this, it’s probably the easiest pay check he’s made in his life. King is happy to regale the camera with stories, and quickly takes over the guidance of the documentary, allowing the recollections of others to feed into his own downplayed and frequently hilarious memories.

On the guest front, musicians who have had the pleasure of working with B.B. King heap on praise for his skill, whilst family members and old friends provide intimate views into the man’s childhood and formative years. Oh, and Bruce Willis turns up for some reason. For the most part however, the celebrities offer informative stuff. There’s a hell of a lot of egos in the room, but here they are all generous, all genuine in their own respect for King’s musical aptitude and their own experiences with him. Even Bono comes off as sincere. Footage of King playing only backs up the numerous comments of awe about his guitar skills and stunning voice.

The true joy of the film however, comes from those close to B.B. You can hear the pride in their voices, the astonishment that a kid born on a cotton plantation grew up to be one of the world’s most treasured musicians. 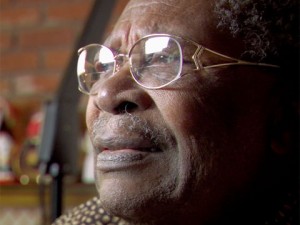 And I don’t really want to say any more about this film, lest I spoil the experience. It’s a beautiful story, well told. Whether you know King’s music or not, it deserves to be seen. ‘The Life of Riley’ is showing now in selected cinemas, and will be available on DVD late 2012. Put aside an evening for it, You won’t regret it.

See the trailer here below: