Blackthorne pass into the Afterlife 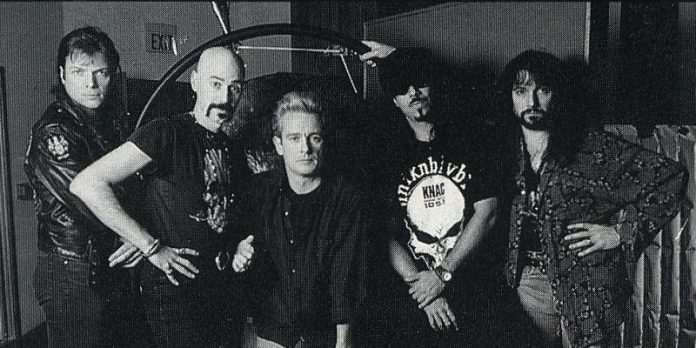 Afterlife was the only studio album the band recorded and was initially released in 1993, but did little business, with the band hardly touring to promote the album, though Bonnet and Kulick went out acoustically to do some promoting. It’s now being reissued as part of a double CD, with the original album alongside alternate versions and a few original demo mixes, with the second disc, Don’t Kill the Thrill, comprising tracks that made up a 2016 compilation album, again featuring outtakes and original demo versions.

Blackthorne were originally marketed as a ‘Supergroup,’ but does the music on these discs justify the use of this much-misused term? Frankly, no. Undoubtedly, there’s heavyweight rock talent on this album and the playing is top-notch, though Graham Bonnet’s throat-shredding screams occasionally grate, the whole is certainly not greater than the sum of the parts though.

This isn’t to say this is a bad album, it’s not. There’re some cracking rock songs on the album, with the title track ‘Afterlife’ being a superb powerhouse rocker, and possibly the best track across both discs. ‘Breaking the Chain’ and ‘Over and Over’ give nods to Judas Priest, and David Coverdale could turn a song like ‘Get my Heart out of Here’ into a Whitesnake classic.

For this reviewer though, several of the demo tracks outshine the studio versions. The original demo mix of ‘Afterlife’ is a good example, as is the live, unplugged version. Similarly the demo versions of ‘Baby, you’re the blood’ and ‘We Won’t be Forgotten’ stand out.

Disc 2 is more of the same, with a similar range of potent fast rockers and a power ballad, ‘Dreaming in the Hideaway,’ where Bonnet sings rather than screams. As per the first disc, some of the demo versions, particularly ‘Sanctuary’ and ‘Paralysed,’ come across better than the official versions, and there are more alternate versions of tracks on Disc 1, notably ‘Baby, you’re the Blood’ and ‘Over and Over.’

Blackthorne would have made a great opening act for someone like Judas Priest, and had they toured to get behind the album, who knows what Blackthorne might have become? As it was the band fell apart soon after this was released.