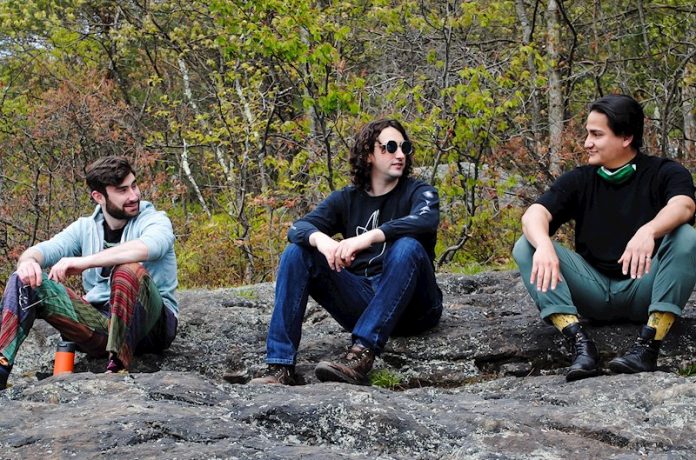 Moon Machine are a prog-metal band from Somerville, Boston, evolving out of the band Space Ink, and this eponymously named record is their debut album. Musically, it’s an eclectic mix of styles and influences, almost defying conventional genres, but heavily grounded in prog metal, with nods given to bands like Opeth (minus the death metal) Anathema and Porcupine Tree, featuring spacey atmospherics and several aggressive headbanging riffs, alongside some beautifully performed piano pieces and intense crescendos, all combining to make this a very positive debut. The album contains two prog metal songs and two spacier rock ballads, though there’re considerable overlaps between them, and one sixteen-minute piece divided into three parts.

Moon Machine are quite a socially aware band, stating any profits from this album will be donated to charities working for Mental Health causes which, they claim, are prevalent in their generation of millennials.

‘Reckoning’ has been released as a single and, played out with prog metal riffs, is a song about war criminals. ‘Left to Wander’ sounds like it’s from Porcupine Tree’s Lightbulb Sun period, and quietly intense with spacey guitar work and vocals sounding almost ethereal in places. ‘The Cave’ and ‘Demons05’ are melodic prog with ‘The Cave’ backed in parts by a wall of sound a la Devin Townsend.

It’s the sixteen-minute, three-part ‘Post-Upgrade,’ a piece about a man’s changing relationship with Artificial Intelligence, which is the album’s defining piece. Part 1, ‘Discovery,’ is a short instrumental before part 2, ‘Grief,’ kicks in with a heavy blast of prog metal guitar, and a lengthy fade-out owing not a little to Rush’s Cygnus-X1. The third part, ‘Requiem,’ begins with a short piece featuring flute and acoustic, which is followed by one minute of complete silence, then a guitar note fades in which gradually becomes distorted and louder while descending in tone as it progresses and fades away, followed by short bursts of the almost apocalyptic noise of a machine ceasing up and then, to the sounds of an incessant alarm, it stops dead!

Moon Machine haven’t exactly rediscovered gravity with this album, but it’s an enjoyable romp through some fine progressive rock with a collection of tunes which suggests the band has a future if further albums like this are in the offing, and if this album is successful, they say another will follow. Currently, the band are just a studio entity and have yet to play live because of the impact of guess what?… but once lockdown conditions ease and venues reopen, their intent is to take their music on the road, and it’ll be interesting to see if they can reproduce this on stage.