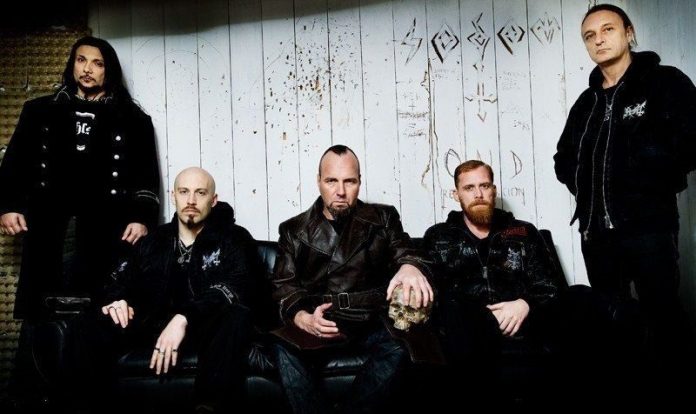 Renowned and infamous black metal legends Mayhem are still firing on all creative cylinders as evidenced by this sparkling new EP of theirs titled Atavastic Black Disorder/Kommando. Consisting of three Mayhem originals and four exciting punk rock covers, this is something a little out of the ordinary and in a good way.

While the epic ‘Black Glass Communion‘ and the menacing ‘Everlasting Dying Flame‘ essentially served as bonus tracks to the limited-edition slipcase version of the 2019 opus Daemon, the one named ‘Voces ab Alta‘ is a previously unreleased piece and it rules. With its thick, morose aura and rather claustrophobic and oppressive atmosphere, this is an elegantly crafted composition and even borderline hypnotic at times. What these three tracks have in common is an infinitely dark vibe and the fact that they are slightly abstract yet completely accessible, which pertains to many of the pioneering group’s songs, really. In many ways, they recall some of the band’s past work such as the flawless De Mysteriis Dom Sathanas (1994) and the ferocious Wolf’s Lair Abyss (1997) while simultaneously looking to the future. Personally, I would not mind hearing more blackened gems in the vein of the aforementioned ‘Voces ab Alta’ and ‘Everlasting Dying Flame‘ a few years down the line.

As always, Attila’s vocals are as effective and efficient as they are eerie and unique, and this particular line-up of Mayhem is a formidable unit where things simply gel from a musical perspective. This is not only evidenced by their stellar recorded outputs but also by their fiercely intense live performances. The great thing about Atavastic Black Disorder/Kommando is that it comes across as a genuine labour of love rather than a mere stopgap before the next full-length album or some half-assed odds-and-sods collection of throwaway material. The interplay between the drums and guitars throughout is particularly noteworthy, and even though a little more low-end and grit would have been an added bonus to these ears, it is a well-produced offering and one that warrants repeated listens. As to the fiery punk rock cover renditions of ‘In Defense of Our Future‘ (Discharge), ‘Hellnation’ (Dead Kennedys), ‘Only Death‘ (Rudimentary Peni), and the immortal ‘Commando‘ (Ramones), they are wildly entertaining. Having former Mayhem vocalists Maniac and Messiah appear on a couple of them is a fantastic idea and makes perfect sense in that the band members were hugely inspired by punk and its ethos and aesthetics back in the day.

Is Atavastic Black Disorder/Kommando the most musically adventurous release by Mayhem? Most certainly not! But it is a spirited, inspired, and even strangely addictive listen that is well worth your time and hard-earned cash. They really ought to add some of these tunes to their setlist in the future.

Atavastic Black Disorder/Kommando will be released via Century Media Records on July 9.