Trouble Is rock the blues Wholehearted(ly) 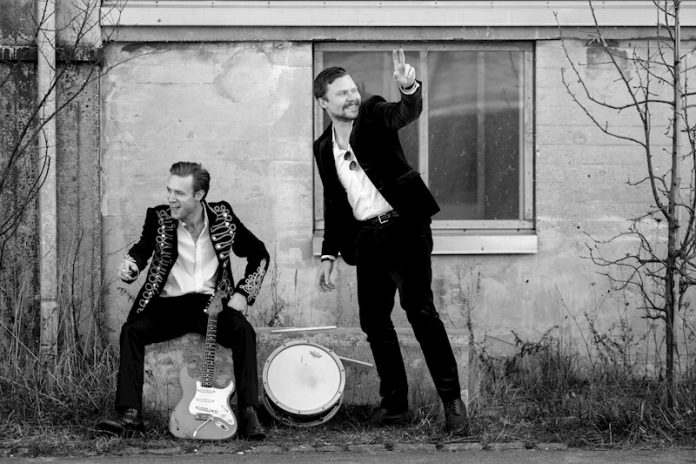 Danish pair Mathias Heibøll Østlund (guitar/vocals) and Poul Valdemar Prahl (drums) make up a new, modern blues-rock duo called Trouble Is. Guitarist Mathias journeyed across America prior to their formation, playing in jam sessions in the blues heartlands and he soaked up the truth of the blues and, back in Denmark with his old mate Paul they decided they could add their take on a traditional genre without being bound by those traditions. They do have bass and keys on record and expand to a four-piece on stage. (Perhaps the name is inspired by Kenny Wayne Shepherd album of that name?)

Their debut, called Wholehearted delivers eight songs over thirty-three minutes (like albums used to) of heavy blues with an approach not dissimilar to Aerosmith at their bluesiest on tracks like ‘Here We Are’ and then hints of Bonamassa over a brilliant drum melody, yes melody, on the lovely ‘Daytona 69’ that also manages to combine a proggy tint of Floyd. Then, on ‘California Dream’, we get hints of SRV via Sayce in a slow bluesy and clever composition.

‘Walkin’ is glorious dirty, funky blues; ‘Kiss The Sky’, perhaps surprisingly given the title, is more Floydian blues rather than Henridian! Still very good though, especially the paced, well-structured guitar solo. They can do soul-blues too, as evidenced by the subtle and lilting ‘Came To Stay’.

The comparisons mustn’t be taken to suggest Trouble Is are like any of those bands…it’s just a guide because this pairing is very original as well as talented blues rockers. It may not break any totally new ground, but it is blues writ large and gone over with a proggy highlighter! It’s a strong debut that promises a lot and I look forward to their next outing too.

Wholehearted is released on 6th August.