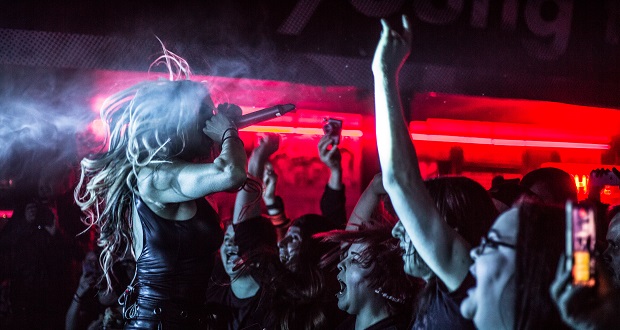 For some odd reason, Butcher Babies divide metal fans. There are some who respect and adore this band and follow everything they do, but there are some who condemn them and say they aren’t a ‘proper’ metal band. Reasons why they subscribe to the latter ideals is somewhat a mystery. What consists of a ‘proper’ metal band? Because Butcher Babies have epic riffs, pounding drums and passionate vocals, to name a few things. So how aren’t they ‘metal’? I personally think this is a horrendous, sexist, gender issue. The term ‘chick rock’ gets thrown around a lot – a vile, misogynistic term that should be banished from everyone’s vocabulary in 2018.

It’s very sad to say in 2018 that some fans still judge bands on what sexual organs they possess. Again, personally, I do not understand this as some of the best rock / metal bands (past and present) have female members. From The Runaways and Blondie to Arch Enemy, Courtesans, and Code Orange, rock n roll has never really been a ‘man’s world’. So having not one but TWO amazing ladies at the forefront of this powerhouse, who have clocked in eight years as a band, should really be taken seriously as a band. Having said that, just because a band has two members of the opposite sex doesn’t generally equal greatness. If I was a woman, I wouldn’t necessarily have to like and respect every band with male members. So after almost a decade, and three albums, how do Heidi and Carla’s travelling show fair?

As this is the tour promoting last year’s record Lilith, what better song to start with that the title track? It’s powerful and sets the scene for tonight’s set-list. Although this is “one of those tours” that follows a new album, BB still mix it up with past material pretty quickly most notably their banging track ‘Monster’s Ball’ and of course ‘The Butcher’. The gig is a great mix of of ‘old’ and new throughout. Pretty refreshing as some bands totally ruin this by playing all the latest album in a big chunk and leaving the classics until the encore.

It’s evident the ladies and gents that make up Butcher Babies go to a lot of great gigs in their time. Not one member is standing (or sitting) still at any one moment and the crowd interaction is spot on. As the venue isn’t exactly packed out, vocalist Heidi Shepard gets among the crowd in the middle of a circle pit. This makes me think about the debate that Heidi is the ‘real’ lead vocalist and Carla Harvey is simply a co-vocalist. I generally disagree with this theory but Carla seems to keep it on the stage tonight. Her choice of course. I feel she gives it her all on every track,personally.

We see a true passion for rock n roll during BB’s cover of ‘Beer Drinkers & Hell Raisers’ (originally by ZZ Top) getting the crowd fully in to the spirit of the gig. This continues as the main section of the set wraps up with latest single ‘Headspin’ and album track ‘Underground and Over rated’. If you know anything about Butcher Babies, you know there’s a lot more gas in the tank. A high-energy return in the shape of a cover of Napoleon XIV’s ‘They’re Coming To Take Me Away’ proves this. 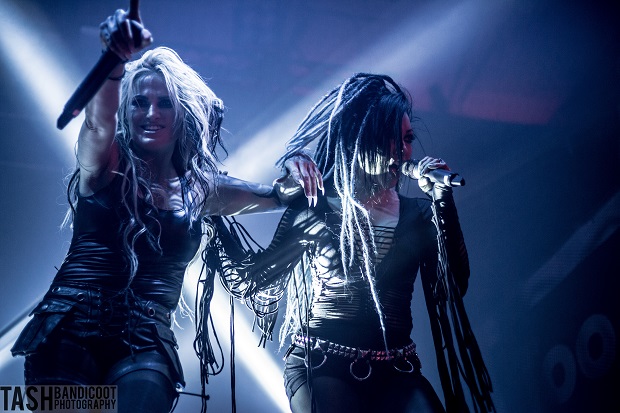 The encore continues with new track ‘Controller’, and finishes with two tunes from their debut ‘Goliath’ – reminding us BB are here to put their full body of work on display for us tonight. This is what any BB fan wants. Lilith is a fantastic album but its great to hear all your favourites too. So one thing is clear: Butcher Babies are an amazing live METAL band. To associate them with the gender of their vocalists is just heinous.  If you don’t believe me, get your ass to one of their shows and try and tell me otherwise. As a male fan: it doesn’t bother me who the performers are, as long as they are AWESOME. You may have gathered, I’m looking forward to seeing these guys (and girls) again soon. 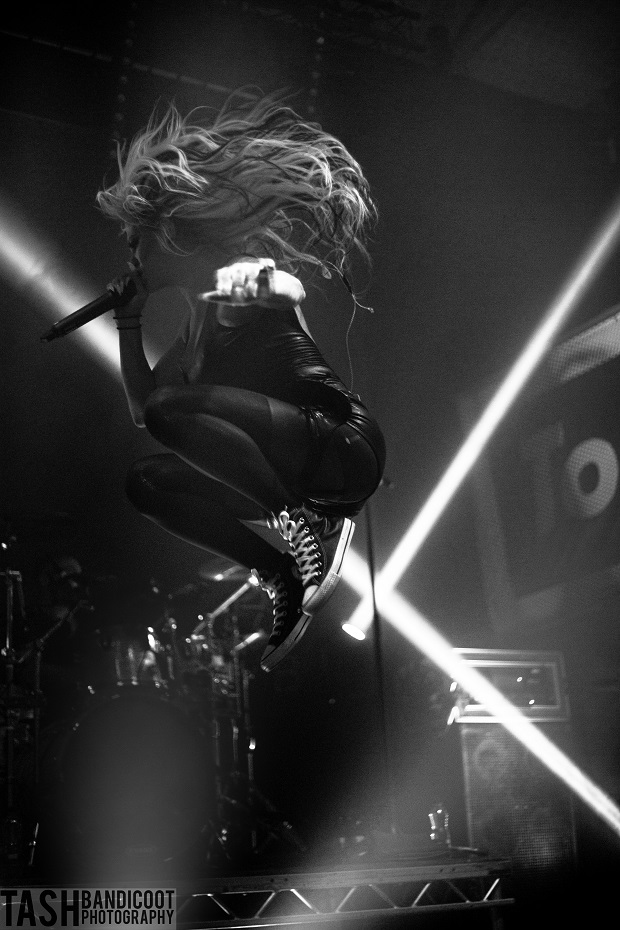 All photography by Tash Bandicoot. Check out her work here