Comet Control fly Inside The Sun 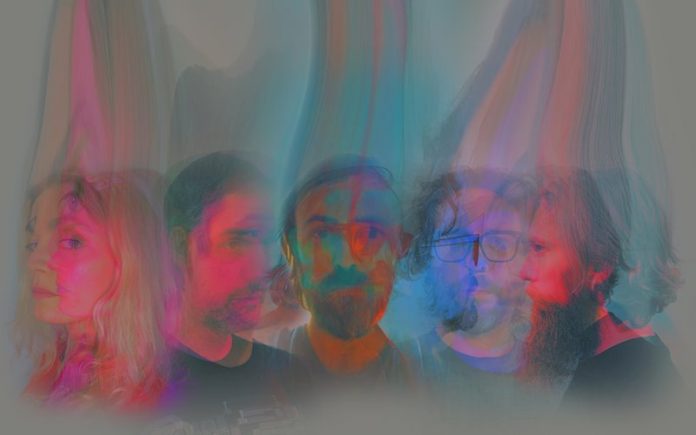 Formed in Toronto in 2013, Comet Control will have caught the attention of anyone who saw them supporting King Gizzard & The Lizard Wizard and that also supplies a clue as to what you should expect: psyche, heavy rock and a touch of 60s garage…nice! Their third album, Inside The Sun, is their best yet.

To give you an idea, opening track ‘Keep On Spinnin’ is like 13th Floor Elevators jamming with the Beach Boys at a Floyd listening party in this hazy, quality slab of psyche rock. ‘Secret Life’ sounds more 60’s but with a Hendrixian bent as the rapid riff backs the trademark harmony vocals and the guitar wails nicely. ‘Good Day To Say Goodbye’ is a layered seven-minute song of epic proportions as the melodies build and bring a fuzzed Floyd to mind but, make no mistake, these guys aren’t ripping off: there is imagination and originality behind any such comparison. ‘Heavy Moments’ certainly has them! A great riff that backs the harmonies and melodies that are woven into the background.

The closing track, ‘The Deserter’, adds a bit of electronica to the mix on the intro; and adds a fiddle (I think) into the central section… all of which shouldn’t work, but it most certainly does.

It’s difficult to sum up an album like this: each track is very good but, for me, it is one where tracks will be inserted strategically into a few playlists as it can blur in one sitting but most welcome when they appear.

Inside The Sun is out August 27th via Tee Pee Records