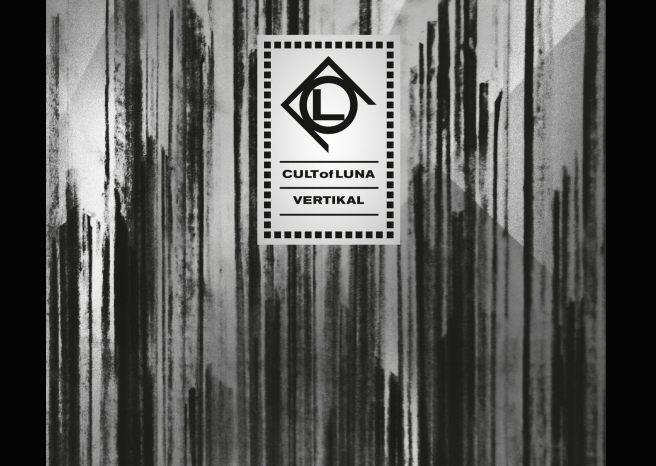 Cult of Luna is a Swedish post-metal band from Umeå. They formed from the remnants of the hardcore punk band called Eclipse in 1998.

Cult of Luna’s sound has progressed from material that was strongly influenced by doom metal, to a much less aggressive and more interesting orchestrated variant. Fans and critics have termed this sound ‘post-metal.’ The band is considered to be at the forefront of the genre, along with contemporary proponents such as Neurosis and Isis.

‘Vertikal’ is the much-anticipated new studio album from Cult of Luna, released via Indie Recordings in January 2013. Distilled throughout are themes of machinery, repetition and clear, linear structures honed to the visual imagery of Fritz Lang’s classic expressionist science-fiction film ‘Metropolis’. The music broods, builds and boils as you may expect from Cult of Luna, but never veers from its intentions; It is arguably their finest and most cohesive piece of work to date.

The album starts with an echoing hammering noise – perhaps heralding in an age of industrial modification. This industrial era would eventually trap and impoverish millions of people, and finally bring the innocent into two catastrophic world wars. So it’s not surprising then, that – as the rivets are driven deeper into this armoured hell – an alarm sounds apocalyptically above – announcing an imminent air attack across the crater-filled landscape.

And then ‘I: The Weapon’ surges in like a flaring flame-thrower. The percussive echoes still remain – that incessant beat – but this is a finely crafted and intriguing track with many more complicated deviations waiting to be explored. The boiling, complex orchestrations coil and tangle like high voltage cables. They writhe, squirm and bend- almost like knots of poisonous eels in a deadly sea. The regularity of mechanization is interrupted by intrusions of sheer horror, especially when Johannes Persson vocalises those agonizing screams of terror. But the general import of the movement is that a ‘better world’ has been created. And it is an industrial world that will sweep away the pastoral efforts preceding it.

‘Vicarious Redemption’ opens like a deep depression in your subconscious. A profoundly disconcerting feeling of despair and hopelessness pervades. Machines growl and roar overhead. And you feel weighed down under the strain of the continuous grinding. This track has a slow, ruminating beat. And the sweat of toil glistens against the folds. The rasping and menacing rhythm greets the anxious vocals. And then the smoky trills (from Anders Teglund on keyboards) fill the air with noxious plumes.

‘The Sweep’ elegantly sways in. Synthesizers create patterns of dancing, infected air. A patter of drums produces a boiling froth for the anguished vocals to leap up from. This leads deftly to ‘Synchronicity’ with its starkly plucked guitar and nodding tempo. Now, dangerous ballistic streaks criss-cross the sky, as the military style drums rat-a-tat. An uncomfortably nightmarish beat accumulates – and this is decorated by a host of bilious keyboards sounds.

In ‘Mute Departure’ we can almost see the shape of the armoured leviathan steamer as it leaves its docks to go into the burning night, to fight with another beast of shadowy death. This song boils and foams like a rabid sea of blood. ‘Disharmonia’ on the other hand, is calmer. It is like a scientific experiment that went dangerously wrong. It foreshadows the pain and the grumbling ache of ‘In Awe Of’. This track has mechanical rhythms and spattered vocals. Keys sound like fiery tongues licking noxious airs. Guitars yawn, as they retch out enormous tongues of luminescent regurgitation.

The album is completed with ‘Passing Through’. This piece has an agonized and nervous beat. A corrupted guitar is like a damaged and disconnected metal limb. And a sweetly rendered vocal softly whispers against the bruising bass (from Andreas Johansson.) This track reminded us of ‘Metropolis Pt. 2: Scenes from a Memory’ (Dream Theater) especially in terms of scope and authority.

This is a very impressive album – full of surprising folds that will eventually reveal amazing details and fascinating images. But it never feels over-complicated or over-wrought. This long-awaited work is a unique conceptual piece and – as expected – unfailingly ambitious in magnitude.