RAMzine Introduces… Beneath the Wake 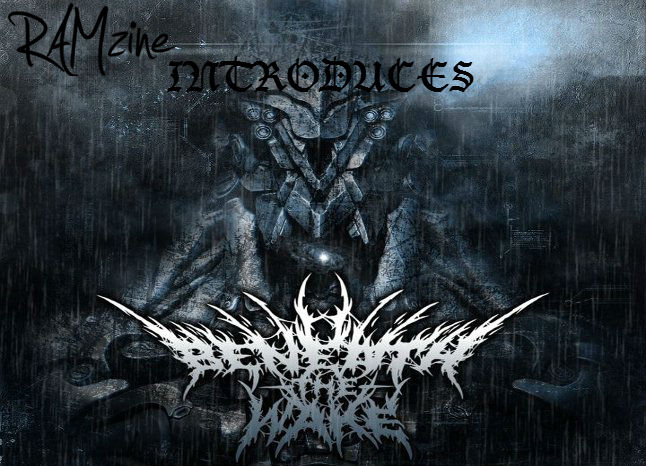 Deathcore is, of course, not to everybody’s taste. Certainly, images of early Bring Me the Horizon have been known to induce seizures to some of the metal community, but in my eyes there are some modern bands such as Upon a Burning Body, Chelsea Grin and Whitechapel (who don’t actually consider themselves to be ‘deathcore’ but I’m including them anyway) have managed to produce some truly fantastic music recently; last year’s releases from Upon a Burning Body and Whitechapel were both stunning. These releases, and the surge in modern deathcore bands have led to the inception of this week’s featured band: Herts-based 5-piece Beneath the Wake.

Despite their brand-spanking new EP, entitled ‘Synthetic Creation’ having only been out for a matter of weeks, the already solid 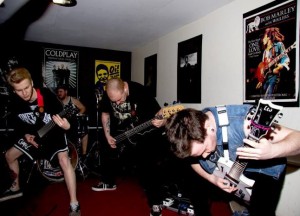 fanbase this band have managed to aquire are hailing it as strongly as many other albums from much bigger names. The band comprises of vocalist James Jest, dual 7-string guitarists Sam Teale and Pete Doyle, bassist Marco Perry and drummer Nick Gomez. Thankfully, modern technology means that ‘Synthetic Creation’ does not sound like someone has turned an electric toothbrush on inside your ear whilst trying to wedge a vaccuum cleaner down the other; rather, this EP is crisp, clean, and most of all clear. Gone are the days where all Pig Destroyer sounded like one huge musical turd pressed onto a record, and when this band are bouncing and riffing along the bottom register as they seem to prefer to do, the ability to differentiate between notes is more necessary than it ever has been.

The band state their mission to be:

“We wanted to bring back disgusting breakdowns that weren’t too cliché and to fight against the trend of having clean singing. Keep it brutal.”

And it is this honesty, this down-to-earth-and-into-the-core style, coupled with some truly fantastic musicianship that has led to this band sharing stages with the likes of Rumour Mill (featuring ex-Your Demise singer George Noble) and will see them support TRC on the 16th of March in St. Albans. While it is true that they would probably be better off suited to supporting someone like The Acacia Strain or Thy Art is Murder, if this band are able to garner on the attention that they have received after the release of ‘Synthetic Creation’ they could well see themselves being championed as the British answer to the worldwide deathcore call.

‘Synthetic Creation’ is out now via self-release, and can be found on the band’s Facebook page; the first single, The Shadows Nocturne (is there no end to how truly metal this band is?) can be heard below. Listening with pets is not advised – this level of brutality has not yet been tested on animals.