D-A-D show they are more than ‘Dad Rock’ with ‘A Prayer For The Loud’. 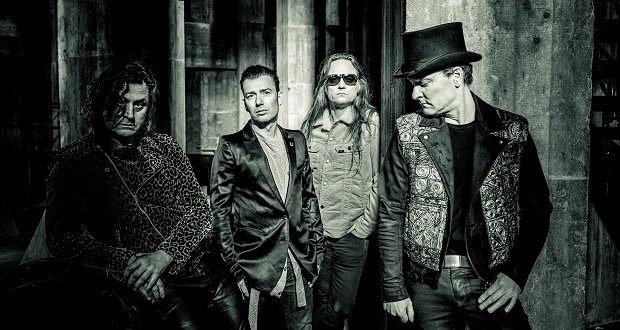 D-A-D began playing together in the early 1980s in Copenhagen, Denmark, under their original band name Disneyland After Dark, although it was quickly abbreviated in the face of the wrath emanating from the land of Walt. I kind of agree with the sentiment though. Mickey was always hiding a malevolent streak.

They released their first EP in 1985 and are in the midst of releasing their twelfth album called, suitably A Prayer For The Loud. They’ve never really sounded like anyone else and have continued that trend with eleven solid rocking-blues-infused tracks that are pure D-A-D.

The opener ‘Burning Star’ is a case in point with a heavy riff and clever, delightful chord work behind the lyrics and an original and tasty guitar solo all fitted into under four minutes. The title track starts off bluesy with a brilliant discord slotted into the riff. Inevitably there are suitably loud passages and it all fits together really well with a great vocal performance to suit the quiet blues and the loud rock.

‘The Sky Is Made of Blues’ is my favourites as its blues background is solid and built on to make a classy piece of blues-rock that manages to include subtlety, power and a truly well thought out guitar solo. All executed perfectly. Having said they are unique, I forgive them the Bowie-inspired riff to ‘The Real Me’ as the whole is still very original. ‘A Drug For The Heart’ is the obligatory acoustic ballad that builds to electric and back again and is a lesson in the art. The closing track, ‘If The world Just’, wraps it all up with more subtle rock – in a good way.

The band is obviously as comfortable as on stage and they have put together a very strong album that develops their sound and stays true to their roots. It is an album that pays repeated listens so you can appreciate the contributions of bass and drums that, if you isolate them, are exceptional too.