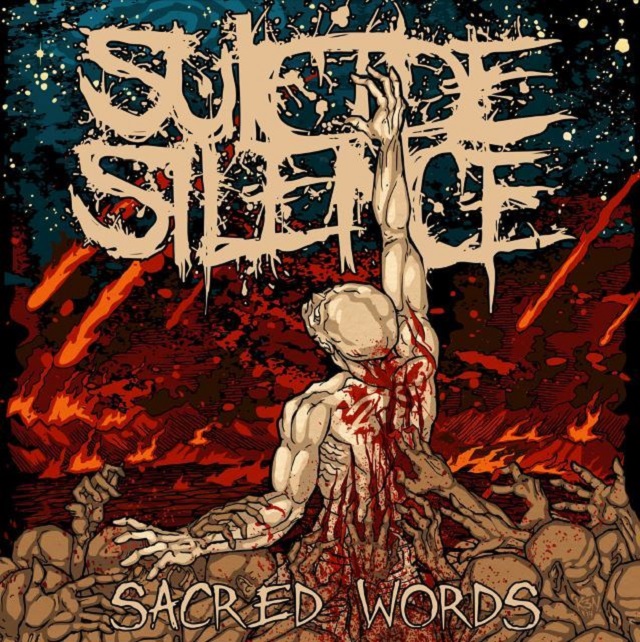 Suicide Silence’s woes have been well documented over the last few years. The tragic death of Mitch Lucker would have knocked most bands down for ten, but they came firing back with the brilliant ‘You Can’t Stop Me’. ‘Sacred Words’ is a single from said album and comes packaged along with five other tracks or at least three live tracks and two alternate versions of ‘Sacred Words’.

Which instantly puts this into the realm of non-essential. Unless you are Suicide Silence die hard you are unlikely to miss out by not adding this to your collection. Live versions of ‘Inherit the Crown’, ‘Cease to Exist’ and the title track are all solid, with ‘Inherit the Crown’ in particular sounding like it wants to rip your throat out. But there aren’t going to be many people bothered about the ‘Sacred Words’ instrumental. While the less said about the atrociously bad We Are Strong remix of the same track the better.

Of course, none of that changes the fact the song itself is a banger and it alone may well be worth the purchase if you don’t have it already. Suicide Silence sound like Lamb of God’s bratty younger brother as they rip through this groove-laden slab of heaviness. It may only be for the completionists, but it certainly helps cement the fact that you damn well can’t stop them.