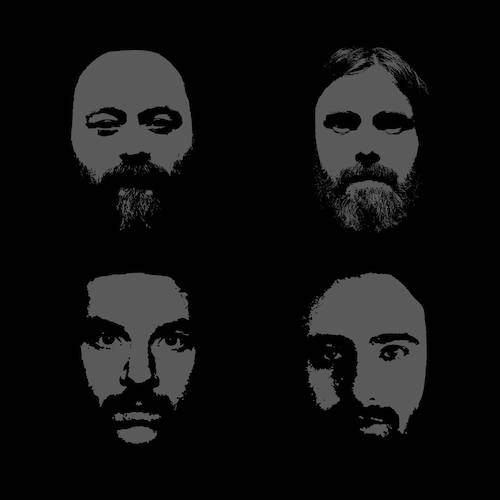 Yes, this is just what the good doctor ordered: a raw, filthy slab of rumbling death metal with prominent black metal overtones to it. The quartet known as Abjection spews forth a menacing and most potent brew of musical mayhem where old-school riffing, dark vocals, and truly sinister atmospheres all flow together seamlessly and complement each other.

This 6-track EP is in actual fact their debut release, but there is so much confidence in the playing here and a wicked sense of determination that one is left with the impression that these guys have been around the block a few times and know exactly what they are doing.

There is more to this blackened piece of ugly metal than it just being a savage, bone-shattering affair; Malignant Deviation possesses a great flow with respect to how the songs evolve throughout and none of them lacking a climactic denouement. In other words, there is always something thrilling lurking just around the corner and the foul vibe that slithers and slides underneath it all is upheld and maintained at all times from beginning to end.

The lead guitar parts that sneak into the compositions walk that fine line between adding melodies to the tracks and simply complementing the chaotic nature of some of those fiery passages that occur throughout. If that came out sounding diffuse and somewhat contradictory, do me a favour and immerse yourself properly in the swirling mass of claustrophobia that is ‘An Illusion of Sleep’ followed by ‘The Madness Within’ and you will see what I mean. The latter highlight is also a good example of the lyrical direction of the EP in that it has nothing to do with blood and gore; it turns the gaze inward and focuses on themes and ideas relating to madness and decay.

Although not particularly original-sounding as such, this one is quite the exciting mixture of something that appears structured and yet there are chaotic undertones present and a solid dose of dissonant forces at play too. Quite the intriguing and captivating mixture, really. In short, this is an effective and efficient slab of underground death metal that leaves very little to be desired in terms of evoking a malicious mood and making the listener feel properly uncomfortable, and Malignant Deviation is an enthralling and intense little gem that all you lovers of unfiltered black/death metal ought to invest in.

You can find out more at the link below