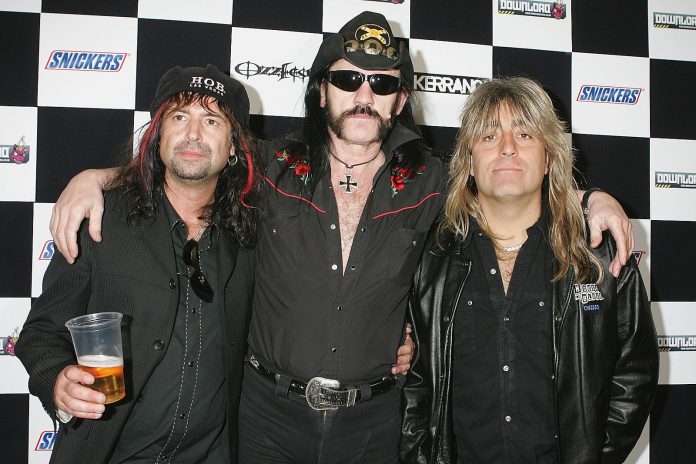 Motorhead were more than just a band, they were a force of nature. Founded by Ian ‘Lemmy’ Kilmister in 1975 after his eviction from space rockers Hawkwind, they went on to become one of the most iconic rock bands ever, propelling Lemmy to rock god status. Many bands attempted to emulate them but always came up short because, just like The Ramones, Motorhead understood rock n’ roll and always stuck to the basics. It wasn’t broke so why fix it?

The impact of Motorhead cannot be understated. Their brand of fast, loud rock music was, for the time, ground-breaking, and they were a direct influence on the evolution of thrash metal. Contrary to popular legend, they never were a heavy metal band. As Lemmy said, we just played rock ‘n roll. But, such was their crossover appeal, their audience consisted of rock fans, punks and hippies, each finding something to like in their music.

Motorhead gigs were more like sonic assaults than shows .. every button turned up to eleven and the band playing for its life. If you’ve seen Motorhead live, and it’s hard to believe any Ramzine reader hasn’t, you’ll know just what to expect from this album; everything louder than everyone else, songs that are short and punchy .. only 4 out of the fifteen exceed four minutes and enough power generated to illuminate a small city. There are no surprises at all, except possibly one or two songs you might want to hear not being included.

From the opening notes of ‘I Know How To Die,’ however, it’s apparent Lemmy’s voice isn’t what it once was, but it’s still recognisably Lemmy and the music doesn’t noticeably suffer. This is a run-through of many of their tried and trusted stage favourites .. a slightly slower paced ‘Damage Case,’ the fast and furious ‘Rock It,’ ‘Over The Top,’ ‘Metropolis’ and the bluesy tinged ‘You Better Run,’ and ‘The Chase is better than the Catch,’ with its decidedly un-PC lyrics, plus solos from both Phil Campbell (‘String Theory’) and Mikkey Dee (‘One To Sing The Blues.’) The set climaxes with ‘Killed by Death,’ ‘Ace of Spades’ and ‘Overkill’… not many bands can close a set with three such powerful tunes.

This is a good live album, with everything you’d want from a Motorhead gig, but if you want to hear them when they’re absolutely on fire, No Sleep til’ Hammersmith, with Phil ‘Thy’ Taylor and ‘Fast’ Eddie alongside Lemmy, is still the motherlode. “We’re Motorhead .. and we play rock ‘n roll.” Indeed they did.