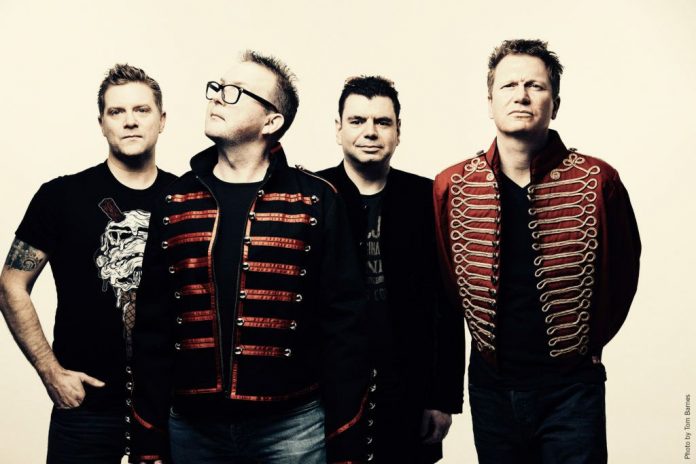 Despite being only an occasional presence on the prog scene since their debut album in 2006, due to every band member being involved in other projects, like writing music for ad’s, hit singles for Atomic Kitten, and playing in other bands (Arena, Lonely Robot, etc), Frost* has acquired a considerable rep, both as recording artists and a live act. The band was formed by Jem Godfrey originally as just a recording project… But it took on a life of its own’ .. to play Prog which was new and exciting, reminiscent of the past, but always with an eye on the future .. ‘If a prog band sounds as if the past 30 years hasn’t happened, how can this be progressive ?’ .. and the albums they’ve made testify to this credo.

Day And Age is the band’s fourth studio album, though various other live releases are usually available from their merch desk at gigs, and from the quality of the playing, it’d be hard to guess these are musicians who don’t come together too often but when they do, something amazing is usually the outcome. The music on the album is a mix of styles, but it’s all beautifully precise, brilliantly played and the songs are good. Prog influences are mixed together with modern electronic-based music, and even power pop, and it’s a hybrid that works.

Day And Age is an awesome twelve minute opener and, for this writer, one of the band’s best tunes, fast-paced, a pulsating backing and an impassioned John Mitchell vocal ..and ’Waiting for the Lie’ is almost a parable of modern times… ‘Deception is part of the art, while we’re waiting for the lie’. While ‘The boy who stood still’ is a mostly spoken word piece about a boy with the unusual gift of being able to stand still for so long, people forget he’s there. If you’re epileptic, don’t watch the video for ‘Terrestrial,’ and after a gentle piano intro, ‘Kill the Orchestra’ becomes an atmospheric piece, with its hints of ‘Day And Age.’

‘Island Life’ and ‘Skywards’ are more pop-influenced, before ‘Repeat to Fade’ ends the album on a stylish note. Albums like Day And Age shows Prog is re-establishing itself as a genre immune from the fickleness of contemporary trends and fashions, and with bands like Frost* pushing at the boundaries, this can only be a good thing. According to Jem Godfrey, Frost* may or may not record a fifth studio album, depending on band member priorities, which is exactly why they should be savoured while they’re still here.