Fans of Faye ‘Designed to Be’ Album Review 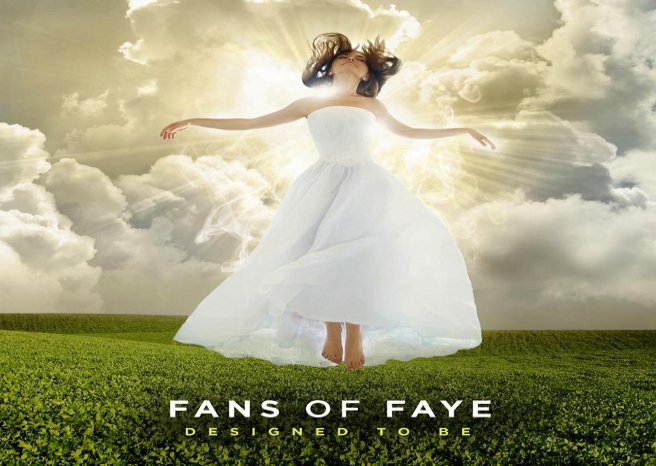 Fans of Faye, while you may not have heard that name just yet don’t worry, because it won’t be long before debut album Designed to Be  will be resonating through the ears of anyone with a sense of hearing. When I read the press release for this Stourbridge 5 piece I was taken aback, so much so that I spat out my pint of Bitter and says to myself, I says “Eee by gum”, then I remembered I wasn’t from Yorkshire, didn’t drink Bitter and that I was a 23 year man who should stop acting like an arse. Anyway, the previous statement was invoked by reading that Fans of Faye’s have an average age of 22. 22!!! That’s insane. The maturity that runs throughout the song writing and lyrics on this album display that FoF are clearly not to be taken for young fools, but instead are capable of producing something that will keep you listening to every second of the 45 minute album with one foot constantly tapping. Songs like Designed to Be and I’m Not Your Artwork showcase just how good rock songs should sound, catchy, relevant and interesting, without going overboard and trying to much too soon.

Lead single Paint the Sun has already received plays on Kerrang! Radio and Total Rock, and quite rightly too. While it does draw comparisons to bands like Two Door Cinema Club and Brand New it also shows that these guys are looking to pave their own way, rather than simply follow in the footsteps of like sounding bands, a refreshing change I’m sure you’ll agree. Further reading on this band shows that they are determined to put in the hours, ensuring that they build up a solid home fan-base across the Midlands before going after the ears of anybody they can come across nationwide, putting in the same energy, heart and love of what they do into every show to make sure you come away questioning just who should belong at the top of your iTunes most played list.

Further stand out tracks for me include Hunting Season Begins and particularly closing track Swing with Me, the kind of song you could listen to over and over again and find something different to fixate on each time as it all builds up to a climax that is fitting of a debut album, this good, this fresh and this exciting.

I’m not sure exactly what we here at RAMzine use as a seal of approval, a simple thumbs up, a hearty pat on the bum or an old fashioned gold star, I like to think it’s a combination of all 3, but whatever it is Fans of Faye deserve the lot.

I’m not very good at closing pieces, so instead I’m going to borrow the final line of the press release “Get used to hearing the words … “We are … Fans of Faye”. Honestly, I couldn’t have put it better myself.

Recommended Tracks: Paint the Sun, Handlebars and Swing With Me.

Catch Fans of Faye over on their official Facebook