Review: Feed The Rhino – The Sorrow And The Sound 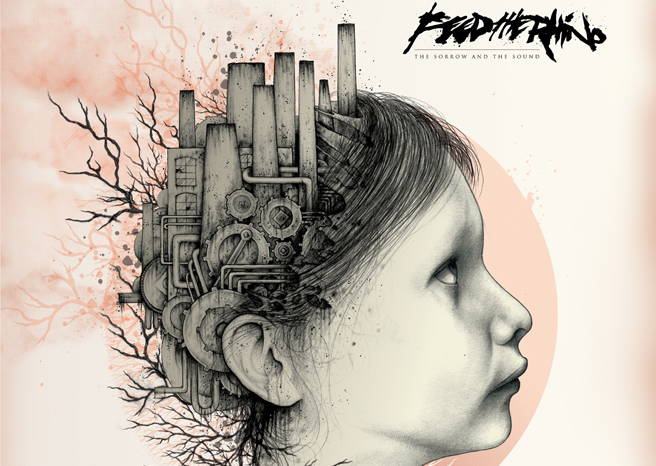 The difficult third album. It is often seen by bands as a point where some changes need to be made and they are not always good. There are an immeasurable number of bands that have gone too far down the rabbit hole of creativity and emerge at the other end with something that either taints or destroys what would otherwise have been a pivotal moment in their career. There are, conversely, a select few that sit back, take stock, make some well thought out changes and come out of this third writing process with musical dynamite. Feed The Rhino are a band that can absolutely seat themselves in the second of these aforementioned camps. The Kent quintets third album ‘The Sorrow And The Sound’ is a prime example of how a band can both stay true to their core sound whilst simultaneously embracing the evolution every band goes through. As with their previous releases – Feed The Rhino chose to record with their bassist Oz Craggs at his own Hidden Track Studios in the heart of Kent and as with their previous releases this has yielded a truly special result. Opening tracks ‘New Wave’, ‘Give Up’ and ‘Behind The Pride‘ have everything we have come to know and love from Feed The Rhino. Packed to the limit with energy they open this album and lay a solid foundation for the remaining songs in spectacular fashion.

It is more than readily apparent from these songs alone that there is a distinct step up in terms of sound on this album. They have managed to balance their very raw and aggressive fundamental sound with a style of production that comes across as heavier, bigger and altogether more thought out than before. This is not to say that their previous albums have a bad sound or have been badly produced, this couldn’t be further from the truth, the difference here is maturity and experience and fourth song ‘Black Horse’ is nothing if not testament to this. Opening with subtle guitars and drums it gives us the first real glimpse into the evolution of Lee Tobin as a singer. His softer, almost haunting verses are reminiscent of his performances on ‘Tides’ and ‘Razor’ on previous album ‘The Burning Sons’ – but it is when the first chorus opens up that we get a taste of his real power as a singer as opposed to just his ability to scream. Layering both the screamed and sung parts on top of each other creates an all together powerful and, in parts, emotive experience. Its also here that we can for the first time get a real sense of how the bands song writing has improved. All the fat has been trimmed and the dead weight cast overboard leaving only that which is essential and oh my is it more powerful than ever! ‘Black Horse’ is a thing of absolute beauty. Dynamic and powerful with every beat, note and word it is a clear highlight of ‘The Sorrow And The Sound’ and a song that Feed The Rhino should be immensely proud of but as it thunders to its end, ‘Finish The Game’, ‘Revelation Not Revolution’ and ‘Set Sail For Treason’ arrive and take us back to somewhat more familiar territory. 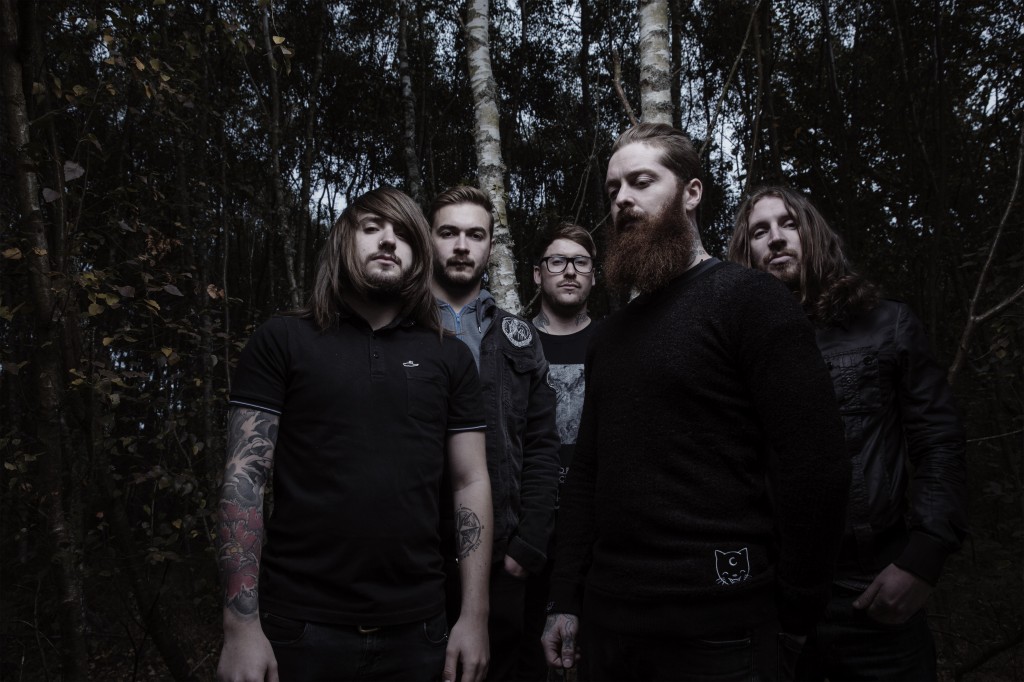 One of the most spectacular developments in the bands writing for this album has been in the choruses. They have always been there with previous efforts on both previous albums but on this record they’re at a different level entirely and the best examples of their heavier choruses, in my opinion, are to be found in ‘Set Sail For Treason’ and next track ‘Deny And Offend’. Those that follow the bands online presence will have recently become aware of the latter of these two songs and its simply immense chorus. From both a vocal and instrumental standpoint this is a real standout moment on ‘The Sorrow And The Sound’, heavy, melodic, and atmospheric it ticks every box and opens the door for the albums title track to take over.

With the verses crescendoing beautifully into yet another spectacular chorus, it provides yet more evidence for their improved level of song writing whilst also providing a guitar solo that seems to sit somewhere between the styles of Andreas Kisser (Sepultura) and Jim Root (Slipknot/Stone Sour). There’s a beauty and finesse to songs like this and ‘Black Horse’ that is pure testament to the evolution of the band. There is a new maturity and attitude to these songs that show that this band is not the one trick pony many have labelled them in the past. Their willingness to expand and grow over time has done nothing but make them more dangerous than many already knew they were. With the final, wah drenched and distorted notes of the solo carrying over into the end of the song, ‘Bright Side Of A Dark Ride’ and ‘Keep Your Purpose Hitman’ are there to bring things back to a level of heaviness and chaos more commonly associated with a Feed The Rhino record.

‘Bright Side Of A Dark Ride’ contains moments that are arguably the heaviest and most explosive on this album and they are combined superbly with an energy level that never drops for a single second. Both this song and ‘Keep Your Purpose Hitman’ are fantastic examples of the evolution of the heavier side of the bands sound. With both loaded start to finish with devastating riffs and gang vocal laden choruses they are truly a treat to listen to. Closing track ‘Another Requiem’ is however the perfect way to bring things to a close. Layered clean and screamed vocals, murderous riffs and earth shattering drums steamroll their way through the songs three minute duration with both finesse and aggression bringing ‘The Sorrow And The Sound’ to an end as brilliant as its beginning.

There is no doubt that this is a pivotal point in Feed The Rhino‘s career. Much like when Deftones released ‘White Pony’ or Mastodon released ‘Crack The Skye’ – there is a fresh energy to this album, like the band are finally beginning to reach their own potential. This truly is an absolute curb crusher of an album and when combined with their already formidable live show, their upcoming festival slots and UK tour in October are surely unmissable!

Feed The Rhino ‘The Sorrow And The Sound‘ is out June 16th via Siege Of Amida / Century Media.