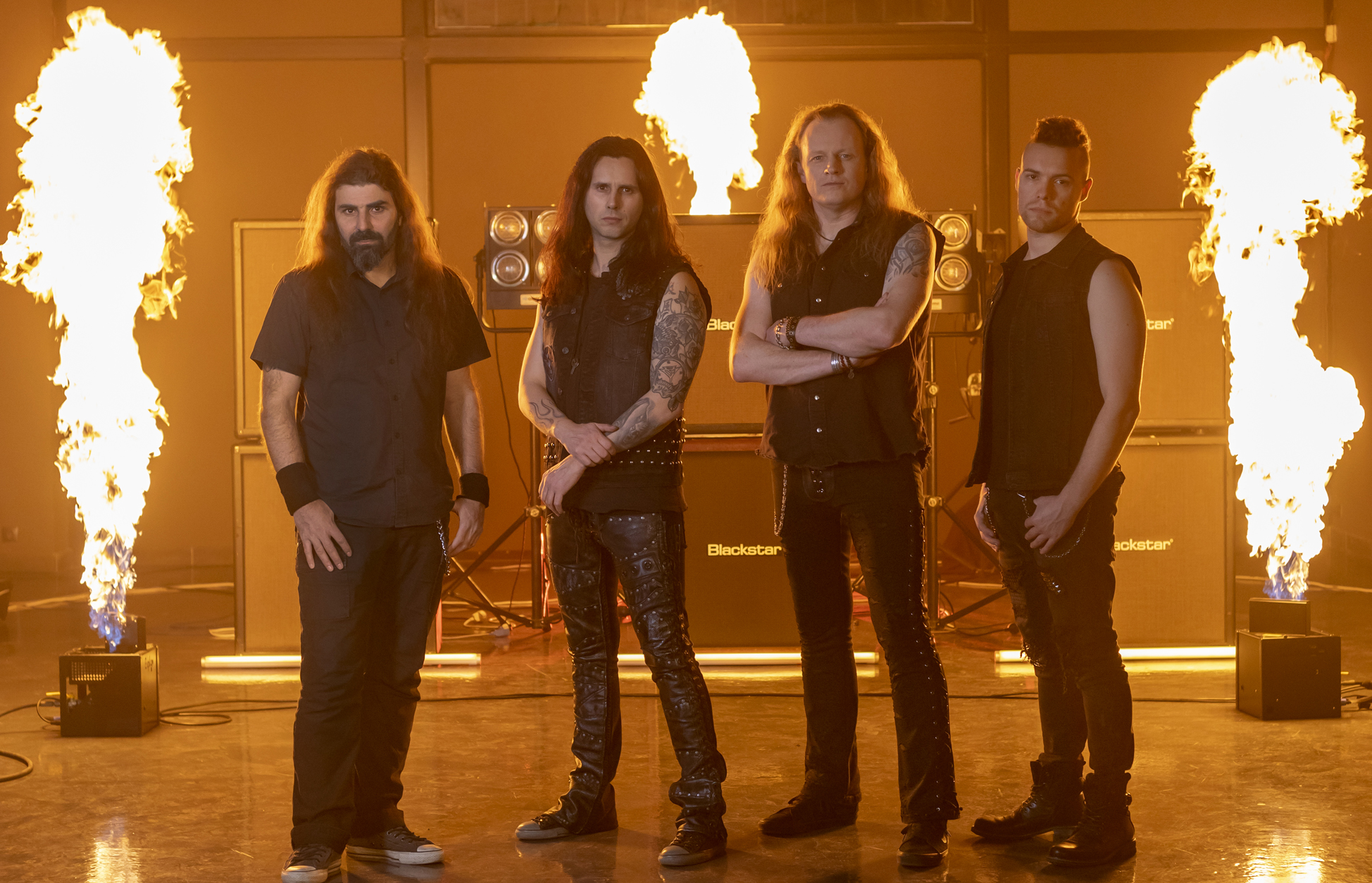 Firewind, the Greek power metal band created and led by former Ozzy Osbourne guitarist Gus G, has returned with a brand new album via AFM Records and a brand new vocalist in Herbie Langhans (Avantasia, ex- Sinbreed). Langhans was recruited and sent the band’s music for the new release as well as the entire back catalogue to study and asked to pick up vocal duties which he did superbly.

This new, self-titled release is as pure power metal as you could hope for, fueled by monstrously big riffs, white-hot, soul blistering solos and pitch-perfect, stadium sing-along vocals which all combine to create eleven tracks full of groove and anthemic bridges and choruses that are sure to lead to some good old fashioned fists in the air, headbanging glory when the band can return to touring.

This is a lengthy but well constructed, and a well-engineered album produced by Gus G himself, it doesn’t overstay it’s welcome and keeps up the pace from start to finish with bags of energy that only leaves you wanting to replay it one more time, every time.

Standout tracks include the opener and lead single ‘Welcome To The Empire’ which is one of the catchiest power metal songs I have heard in years. ‘Orbitual Sunrise’ is somewhat a concept song from the perspective of a space-faring astronaut as he orbits the Earth and experiences a revelation regarding nature and protecting the planet we all share. This track links to the excellent ‘Longing To Know’  and ‘Space Cowboy’ to tell this tale. ‘Rising Fire’ will be an also live favourite for sure and compliments ‘Welcome To The Empire’ perfectly, matching its intensity and vibe.

Overall this release is an incredibly strong contender for power metal album of the year in my opinion. A well-worked release, stacked with personality and talent with even more replay value.