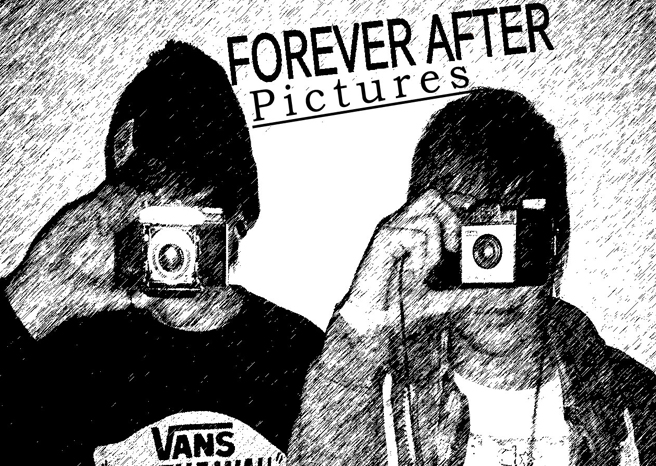 Formed in early 2012, the Essex pop-punk charmers ‘Forever After’ have already gained huge experience, having performed with the likes of Mallory Knox, Missing Andy, That Sunday Feeling, Ten Second epic and many more.

At the beginning of February 2012 the band released their début EP ‘Pictures’.

Opening track on ‘Pictures’ – ‘Touring the Map’ – has a wounding, condensed beat and cackling drums that splutter flames into the stormy mix. But Dom’s voice ( Dom Littler · vocalist ) is strangely comforting. The vocals allow you to get a grip, 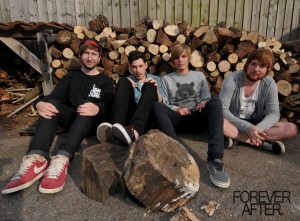 getting your breath back. But not for long though, because as soon as you look away, the calming alloy harmonies are flexed and strained against the steel of skidding and squealing guitars. This song is like an out-of-control roadster slapping down fat spinners onto a dusty track. Then a truly surprising element grabs hold … a low, bold and truly mature bass-beat thumps itself into life. Spangles of liquid guitars vie for attention over the bat-wing beats, and finally the song flutters away. Completely out of breath.

The next outburst on the recording is ‘(Old) School’. This track has garrulous and brittle guitars, biscuity percussion, and a riff that thrums and grumbles along. The clean lead vocals and the harmonic flourishes are tuneful and effusive -with a chorus that gushes, smiles and winks at you. A bit like a cheeky waitress from across the room. It is a respectable honest-to-goodness straight-talking type of a song. Nothing special, but it can brighten your day with a cheeky good-natured attitude.

After an unnecessary 1:27 interlude, we get to the sparkling song that is ‘Say It True’. This is like an origami song – with a chorus folded tightly against a verse. At times, Dom’s voice reaches keen highs. But we also have the “We’re on your side…” chanting chorus and some ‘shout out’ boisterous bits, probably to remind us that this is a pop punk production. It may be fancy. It may be highfalutin. But it has the balls.

Forever After are currently taking some time out to record a new EP (to be released in 2013.) After recording, they will no doubt be hitting the road again. With songs like ‘Touring the Map’ and ‘Say It True’ already in the bag, it should be quite an exciting year for the band. We hope to hear lots more from them.

Pictures by Forever After can be downloaded for free here: