Brixton’s O2 Academy is pretty warm at the best of times. In the midst of a heatwave? It’s probably on a level with a circle of hell. Thankfully, Goo Goo Dolls had arrived to provide a heavenly set in contrast. Even the bar was in on the action, serving up a special ‘Drink Named Goo’ cocktail.

Scottish three-piece The Xcerts were sole support, and their pop-infused rock was a perfect choice to complement the stadium rock sounds of the headliners. Despite seeming mostly unknown to the Brixton crowd, they wasted no time in smashing out a short but sweet setlist including some of their best tracks. Frontman Murray Macleod strutted across the stage as if they were headlining, and an acapella vocal to end the show with ‘Feels Like Falling In Love’ ensured they’d made a big impression on the crowd. 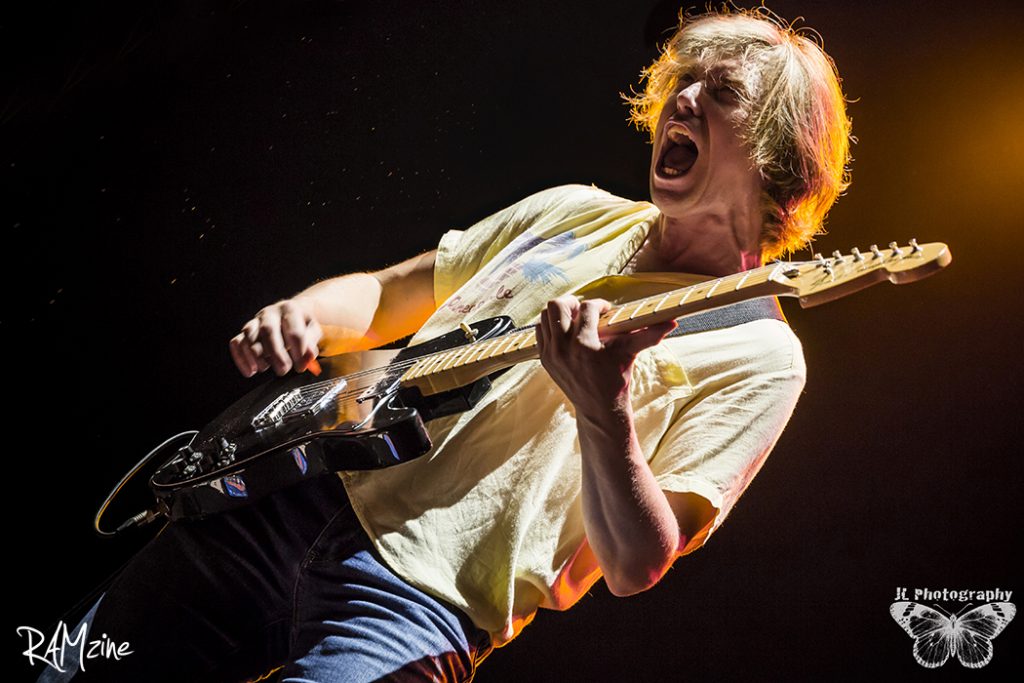 Wasting no time, Goo Goo Dolls ploughed straight in with stormer ‘Dizzy’, and although perhaps not the strongest start to a show vocally, the straight-from-a-90s-movie-soundtrack’ opening notes of ‘Slide’ immediately had fans eating out of the band’s hand. Johnny Rzeznik’s vocals and stage presence quickly built to full-tilt, and even the blistering Brixton Academy heat couldn’t slow this show down.

The balance between high energy alt-rock tracks like ‘Rebel Beat’ and ‘So Alive’ and the softer moments such as ‘Black Balloon’ and ‘Sympathy’ resulted in a well-paced show – something often ignored when putting together a set list. Packed with hits, it was a reminder of just how impressive a back catalogue The Goo Goo Dolls have in their pockets. 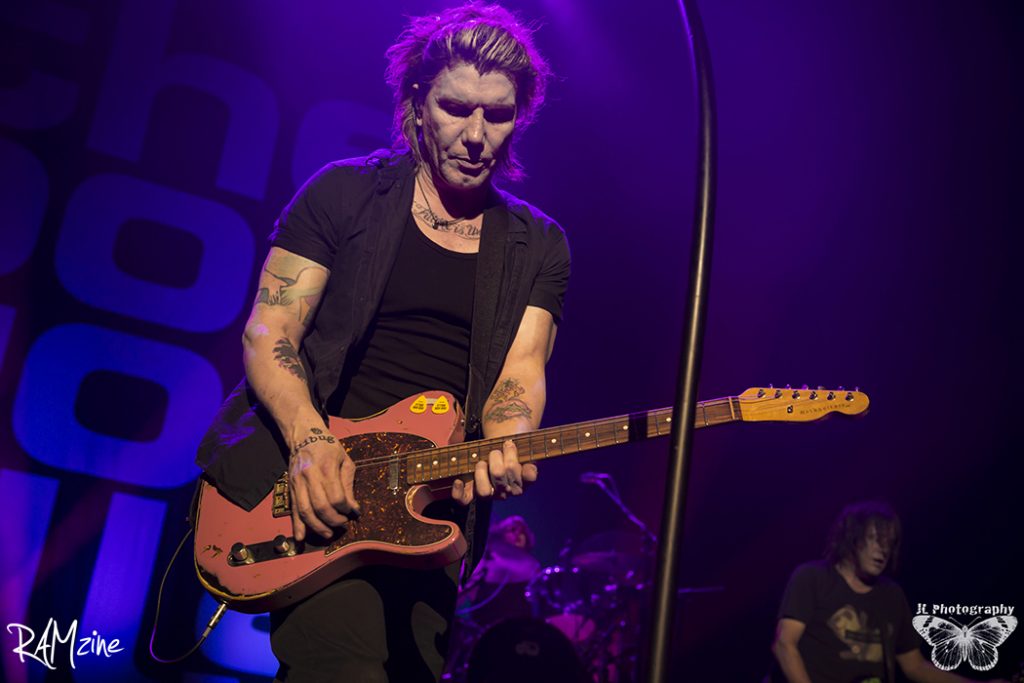 Playing along on stage with your favourite band is a dream for most musically-inclined folk, and after one well-placed sign, a gig-goer was plucked from the crowd to join the band on acoustic guitar for ‘Name’. ‘Audience Jake’ played up a storm, including a short solo, and the song ended with some of the loudest chants of the night for this lucky fan. 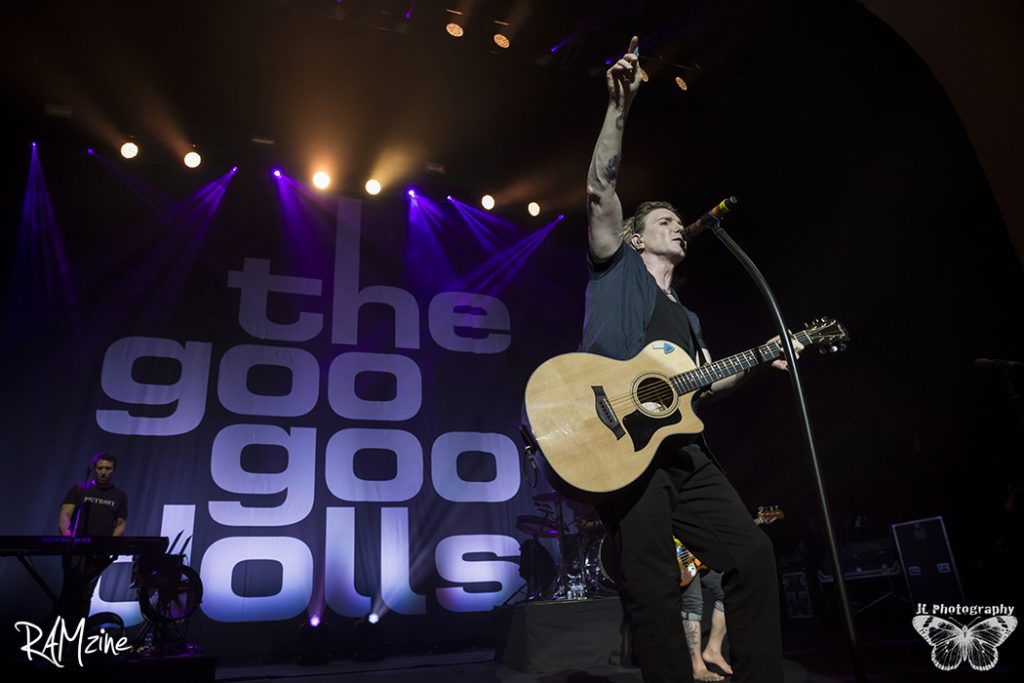 Although the majority of the Goo Goo Dolls’ best-known tracks feature lead vocals from Rzeznik, bassist Robby Takac – the band’s former lead vocalist – also took his time in the spotlight with ‘January Friend’, ‘Smash’, ‘Free Of Me’ and ‘Bringing On The Light’.

Billboard record-breaker ‘Iris’, aka ‘that Goo Goo Dolls song even your Nan knows’, provided a truly rousing singalong from the front row to the back of the circle, with pints waving in the air and arms around friends and neighbours. Although an encore of ‘Boxes’ and ‘Broadway’ provided a final hurrah to satisfy the keenest of fans, for many, it was Iris that the show had been building to.

For a band that’s been on the scene for more than 30 years, Goo Goo Dolls have stayed impressively relevant, with songs that truly stand the test of time and the ability to still own a crowd with their live performance. Worth sweating for? Absolutely.

All photos by Jessy Lotti