Gramma Vedetta hear The Hum of the Machine 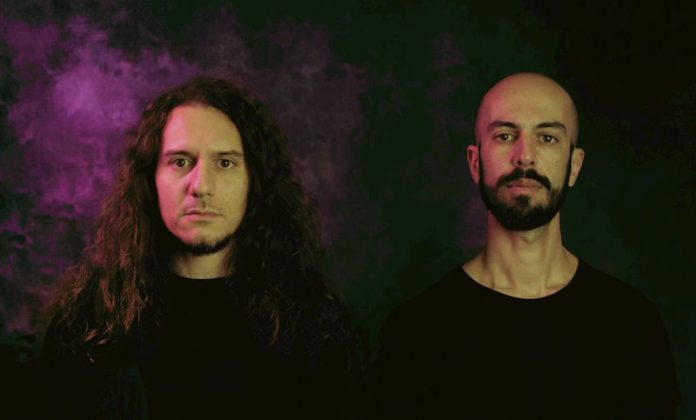 You have to love a band who, in their own publicity says: “Gramma Vedetta landed in the Year of 0x7E1, sailing through the storm of the south, with the purpose to bring to the Island an unheard blend of Heavy Rock, Stoner and Sci-Fi Stories painted of heavy riffs on loud amps.” It may be mysterious but this London based trio have delivered on the promise of their 2020 EP, A.C.I.D. Compliant, with a full-length album called The Hum Of The Machine.

Nine tracks of proggy, Sabbathy, grungy rock with so many layers that it takes a few listens to appreciate that, despite the obsession with 8-bit games, they are bang up to date and very relevant.

The opener, ‘A Chance To Win The Orb’ may be about a dream, but there’s no falling asleep as the song builds on a neat bass line, clever snare work and heavy chords to deliver a complex, accessible slice of heavy rock of mixed eras that works very well. ‘Robots For War’ may start like Radar Love but it quickly becomes a fractured yet complete piece of rock that Ozzy would love to get his hands on. ‘Transmission’s On’ clocks in at over seven minutes and is worth every Mars inspired, Sabbath tinged second. ‘I Feel The Comfort (The Hum Of The Machine) is the proggiest, with a few time changes, keyboards and Cooperisms woven into the heavy rock. Flying cars feature heavily (natch) in the great “Ozfest” that is ‘The Future Of The Past’, a song that could sit happily on Technical Ecstasy.

Don’t mistake the Sabbath references; these guys aren’t clones. This is all original but the influences aren’t hidden, they’re celebrated.

The Hum Of The Machine is available now via Bandcamp, and they have a gig booked for 24th March at The Black Heart in London.