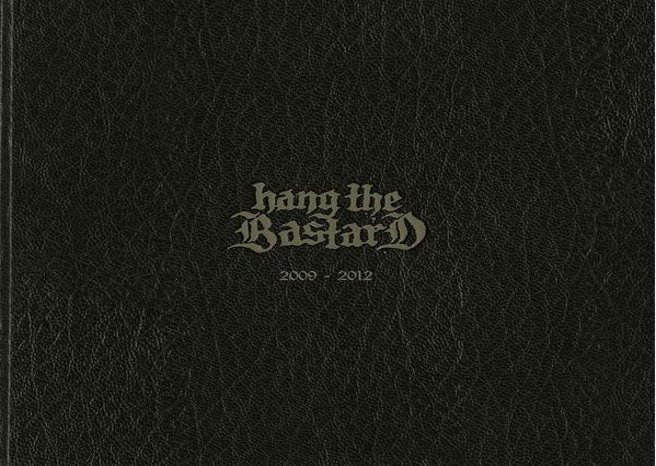 Hang the Bastard have been making some reasonably sized ripples in the pond since their inception on the dirty streets of London around half a decade ago. And yet, they still seem to have remained relatively underground, despite having toured with some pretty noticeable names; TRC or Baroness anyone? That should give you some idea as to what kind of music this band play, if you didn’t already know, although Hang The Bastard are much more than a simple, brutish hardcore band. Their music is (dare I say it) thoughtful metallic hardcore at times, full of grooves the size of an Elephant’s trunk, even being laced with some doom undertones and carefully placed ethereal electronics, and when combined with the vicious screams provided by (now ex-) singer Chris Barling it makes for a listen quite unlike much that you will have come across. Think Black Sabbath, Hatebreed and Heights using some weird IVF thing to create a super-baby and it’ll sound a bit like this.

I say “now ex-singer” because sadly Chris Barling left the band earlier this year, to be replaced by former Deal With It frontman Mike Carver. Mr. Carver’s work with the band has not yet been placed on record, but apparently plans are underway to unleash a new album on the public in 2013. I for one will be waiting with baited breath, especially if it turns out anything like the produce to be found squatting like a demonic toad on 2009-2012.

Released via UK label Holy Roar, 2009-2012 contains Hang the Bastard’s debut 2010 LP Hellfire Reign and 2012’s self-titled EP, as well as assorted other tracks taken off numerous split-EPs and long-forgotten demos. But far from being a hotch-potch of musical nonsense, this collection is a tribute to the fans, a thank you to everyone who has stood alongside Hang the Bastard for all those years.

What amazes me is the sheer musical continuity that you get when you listen to all thirty tracks the whole way through. Hang The Bastard have, as I mentioned, a very unique sound, and listening to their portfolio all assembled and able to be played one after the other, it is gratifying to know that they have managed to remain true to their sound, which has to be a very difficult sound to reproduce without churning out the same tracks over and over again. Don’t get me wrong though; listening to the earlier demos compared to the later, slightly more polished works, it is clear that Hang the Bastard have made some progression, managed to shave off the rough edges until what’s left is a big coarse stone of musical metaphor.

I would say this album is a treat for the ears, but it’s a bit too harsh and gritty to actually be a pleasant thing to listen to. Mind you, with a name like Hang the Bastard, Adele fans might be put off before the first note hits. What this album is a treat for is for everyone who can bear the brunt of this music. Old fans will be able to listen back to their favourite moments, and discover past gems from the band they already love; newer fans with be able to familiarise themselves totally with the band’s entire canon of work.

A spectacular journey through a memory lane cobbled with some of the best underground music to come from Old Smokey in a long time.

Hang the Bastard can be found on Facebook here