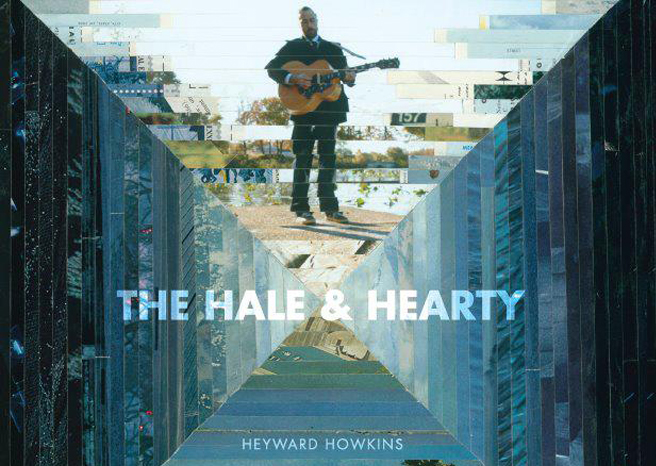 Heyward first gleaned attention in the early 2000s as the lead guitarist for ‘The Trouble With Sweeney’. Howkins is also a founding member of ‘The Silver Ages’, the critically acclaimed choral group with singers from a wide range of Philadelphia-based bands. This project amply demonstrates his vocal style and artistic merit gained in these other projects.

The opening song ‘Thunderin’ Stop’ pulls together themes of the album – the feeling of deep ties to a time and place – while remaining outside. The caramelized vocals are deftly set against a gently picked accompaniment of quavering strings and sensitively exuded guitar notes. 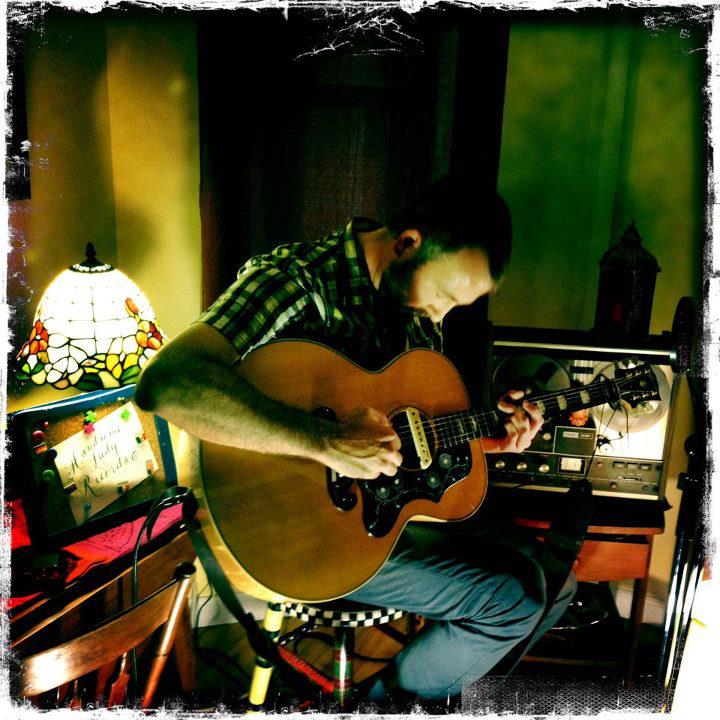 Title track ‘ Hale & Hearty’ has a nodding beat and a basketful of fretful strings that weave themselves around the corn-bud rhythms. A bass burps gratefully against the papery vocals, and an engaging horn note bumps raffishly against the lyrical content. This is a gentle and thought provoking piece.

‘Spanish Moss’ – about Savannah’s early plantations and their owners – jangles and quivers just like the moss on a branch. A delicate harmony is paper-thin, allowing light to shine through the bones. ‘Sugar Sand Stitched Lip’ is also moon-silver and tremulous. The lightly scuffed guitar chords create the rhythm, as the vocals are set against a backdrop of eerie mournful calls heard in a distant wind. Heyward’s tender voice wisps like grey smoke lifting from charcoal.

‘The Raucous Calls of Morning’ is reminiscent of the work of Simon & Garfunkel. A sense of expectation is created in the early bars, and when the drums rat-a-tat into being, the song develops into something larger and more significant than the early buds reveal. Taking a hesitant step from rock to rock, this is a journey into lasting daylight.

‘Flash Mob’ has crystal vocals that nestle inside petals of strings. The dauntless rocky beat, and the confidential implications of the voice, creates a work that is suggestive of ‘The Smiths’. ‘The Live Oak’ is a folksy piece with a haunting gale that blusters through the bare branches of vocals.

‘Plume and Orange’ is a ballad about the last two birds left upon a ravaged earth. Birds of paradise, birds of hope. Sighing strings create a sense of melancholy, but the song is ultimately hopeful – with a winning throb and a smiling verse.

‘Cocaine Bill’ is darker. It is adorned with a sense of discomfort, and an uneasy, strummed beat. Finally, in ‘Hudson Piers’ Heyward Howkins has created a warm, sentimental hymn to the people of the piers. The quaintness may remind you of the Kinks song “Waterloo Sunset”.

This is a sweet, almost sleepy, record that showcases the distinctive voice of Heyward Howkins, illustrated by compositions that are delicately tempered by soft arrangements.