Leader of Down presents The Screwtape Letters 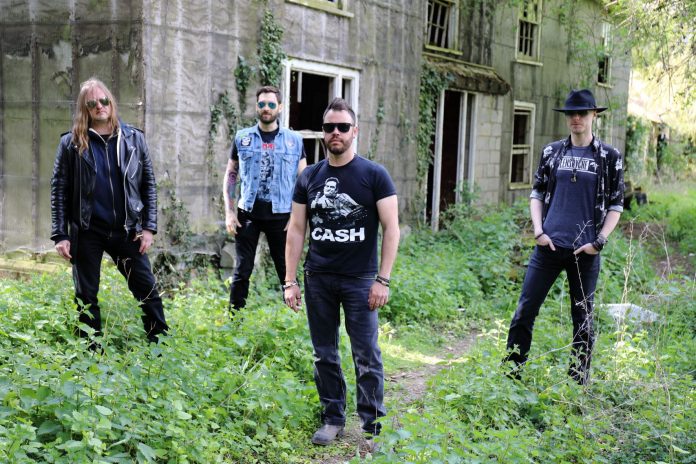 Leader Of Down owe their name to a mishearing of Quo’s ‘Down Down’ by the sadly departed ex-Motorhead guitarist Wurzel who, for several years, thought Quo had been singing “Down Down, leader of down!” That being said, as a band, they owe their musical chops to a rock genre where fast frantic guitar mincing is intermeshed with a driving rhythm section and throat-shredding vocals… so if this is your thing, then the new album from Leader of Down should cater for your preferences.

The Screwtape Letters (C S Lewis’ book about a junior devil asking for advice from a senior devil) is their sophomore album, following on from their 2018 debut Cascade In Chaos, which included contributions from Fast Eddie Clarke and Lemmy, and was considered a ‘rock powerhouse’ by Powerplay magazine.  A single taken from the new album, ‘Hitman’, has already reached #2 in the iTunes HM charts, and features a guitar break from ex-Iron Maiden man Dennis Stratton, who’ll also be joining the band onstage for a few songs when the band play in early April.

This is an album of pure rock from guys who know how to play it. The festivities begin with the double punch of ‘Cats Eye Night’ and ‘Holloway Motel’. Cats starts with a blistering guitar burst with heavy hints of Judas Priest with its opening line of “Can I talk in loneliness, you’re so damn sanctimonious” and powerhouse drums from Daniel Akaoui and the pace rarely lets up from here onwards. ‘Here’s Johnny and Midnight In London’, about being wasted at the midnight hour, are fast rockers with riffs strong enough to gouge someone’s eyes out, though ‘Let Them Know Your Name (because you’re as good as anyone else) is a more musical track with less riffing and more playing.

Though, if you’re gonna record a song called ‘Hitman’, (despite this being an album highlight), the lyrics need to convey a subtle sense of implied menace, rather than “I aim to kill and maim, anyone, they’re all the same”. All the way through the album, several sets of lyrics hover on the edge of being ludicrous, with ‘You Might’ claiming “You might be a nation’s fall, you might be the Albert Hall, but you’re not.” Huh?  But then you’re not listening to this album for a literature lesson, are you? You’re listening because you want to rock, and you certainly will.

It’d be nice to know Wurzel, and others in their camp who’ve fallen by the wayside far too early, such as Fast Eddie and the great man himself, Lemmy, are all smiling broadly in the afterlife, pleased their legacy continues because the music lives on.