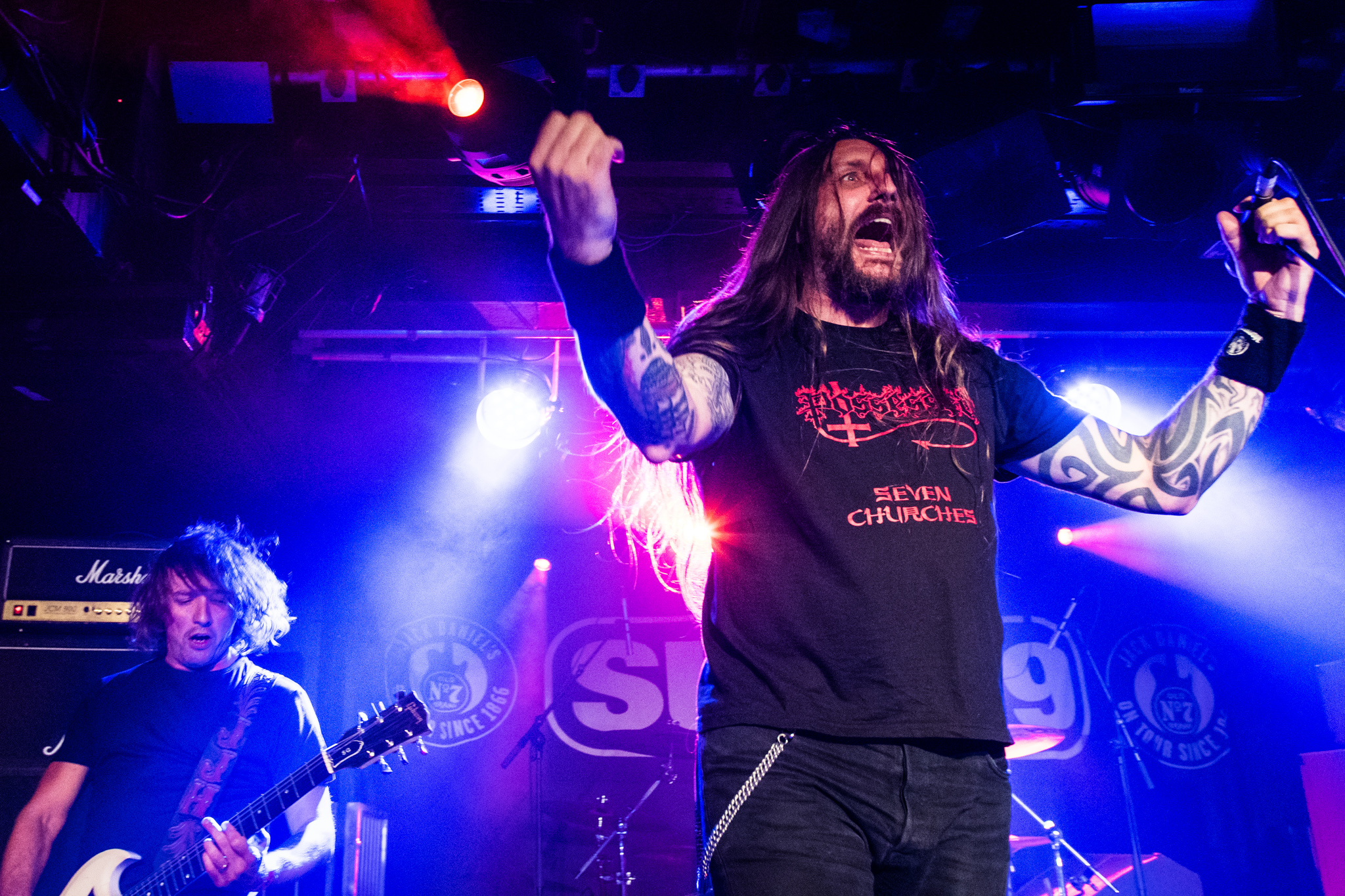 Orange Goblin are a new take on old school heavy metal bands, such as Motorhead, Mountain and Black Sabbath. The four Londoners formed in the mid-nineties and since then have toured the world with their classic, heavy-riffed metal with such veterans as Dio, Clutch and Alice Cooper. We were lucky enough to go see them perform on the opening night of their UK tour in Sub89 in Reading, a fairly small venue but packed with a fantastic sound system and stage lighting.

Due to adverse traffic conditions, unfortunately we were only able to catch the main support act, Electric Citizen. The psych rockers from Cincinnati fit the bill well, performing tracks from their latest album ‘Higher Time’. Front woman, Laura Dolan, can be waving her arms in the air whilst head banging or air guttering, really getting involved with the musicians when she’s not singing and is the most active member of the band. The drummer, Nate Wagner, is definitely worth keeping an eye on with his very expressive facial movements, almost like a child in a candy store. Almost hypnotic in a way. Personally I’d like to have seen more from Ross Dolan, the guitarist. Whilst he’s a good player, I’d like to have seen a bit more movement to help really sell those cracking solos!

Orange Goblin. Ben Ward, the vocalist, is a dominating presence as he appears on stage with his stall stature, build, long hair, beard and tattoos make him a mighty presence whilst his guttural singing powers through the speakers. He is the prominent movement in the band, engaging with the crowd and pumping them up with his large arm gestures.

There’s a lot of old-school energy at an Orange Goblin show. This is not the energy emitted by circle pits or this hardcore flailing of arms, but lots of ‘nodbanging’ and fists in the air pumping along with Chris Tuner’s bass drum and the rhythms of Martyn Millard’s bass all whilst Joe Hoare provides a whopping array of riffs and scorching solos. This sound does attract a good age range, though admittedly a slightly older crowd, it was good to see some teens there rocking out alongside their elders.

The band had their aptly named UK tour “The Shortest Tour” with only five dates in the British Isles, with main support from Electric Citizen and opening support from Poseidon. However, all is not lost! They are back for a Christmas show on 18th December in Koko in London. Tickets go on sale on Friday 7th October.

All photos by Rich Broome Photography