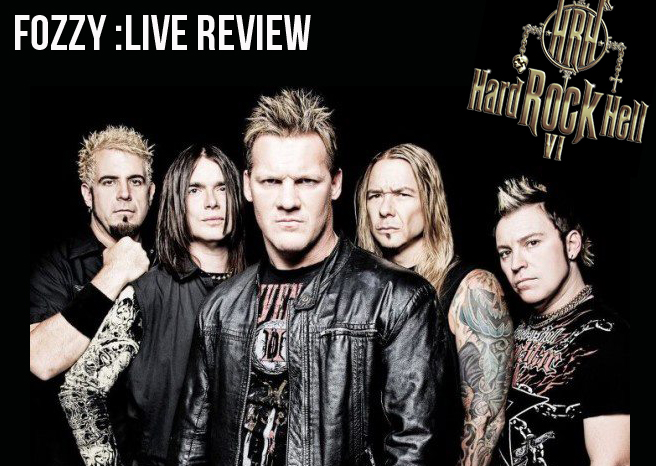 Stage 1 was buzzing with anticipation as Chris Jericho and his band Fozzy were taking the stage. Their unique brand of classic metal with a modern twist has been a massive hit with the metal press here, and latest album Sin and Bones has had good reviews all round. Now was the time for them to deliver in the live arena.

Boy, did they deliver. What a stunning set. Opening with “Spider in my Mouth”, Jericho’s unique powerful voice drove the band on. Sin and Bones’ first single “Sandpaper” went down absolutely wonderfully, with the sweeping chorus and brilliant main riff making heads bang across the room. “God Pounds His Nails” was a real foot stomper, and “Martyr No More” offered a real metal vibe to the arena.

Fozzy are just simply one of the most underrated bands in the world. Their energy on stage and interaction with the crowd was sensational. They are a band that leave everything on stage and are there to have a good time. This comes across perfectly.

“Enemy” was the true highlight of the set, Fozzy’s best known song being received with open arms by the eager audience. Jericho’s vocals on this slightly softer song were absolutely pitch perfect and the band behind him offered a brilliantly solid backing, with the guitars in particular offering a wide sonic spectrum through this song, and the whole set.

Probably the most surprising band of the weekend, Fozzy certainly made many new fans at this festival. More people need to stop thinking of them as “the band with the WWE guy in” and start listening to them properly. This is a seriously good band, and one that will hopefully be around for many years to come. 2013 could very well be the Year of the Fozzy.