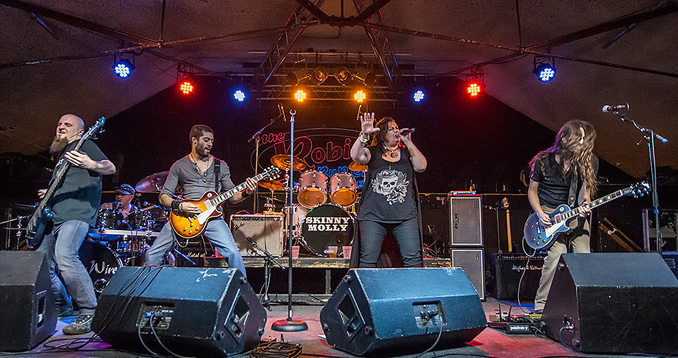 It’s a bit unusual not to be writing, principally, about the headline band, but tonight was one of those occasions when the support band, StoneWire, took the review centre-stage.

So, I’ll reverse the roles and first mention the headliners, Skinny Molly. For those who don’t know the band they play southern style rock and being fronted by Mike Estes, formerly of Lynyrd Skynyrd and Jay Johnson from Blackfoot, they play it very well indeed. Skinny Molly don’t take things, nor themselves, too seriously; they concentrate on having a good time while trying to ensure the audience do the same.

To date, the band have released three albums since 2009, the most recent being the aptly titled ‘Here for a good time’, released in 2014 and the set started with the title track. All the songs in the main part of the set were taken from the three albums, with one exception, a Blackfoot song chosen and sung by Jay Johnson. The end of the set is what many people were waiting for, songs from Estes’ connection with Lynyrd Skynryd days and weren’t disappointed as the band played ‘Sweet Home Alabama’ and the iconic ‘Freebird’.

StoneWire have been around since 2011 and have been described as playing British rock with a dirty Southern twist. The fact is that this is good ole rock’n’roll with multiple influences of which ‘Southern style’ is just one. 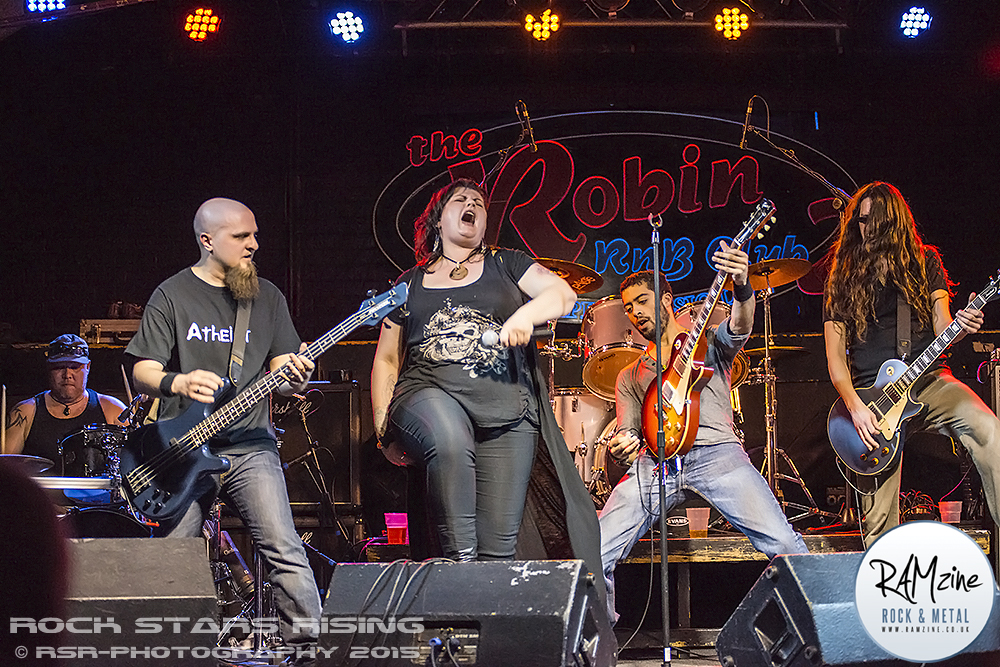 RAMzine recently reviewed the band’s debut CD, ‘When the Crow Flies’ and the set tonight was based almost entirely on that release. StoneWire opened with ‘Walk the Line’ which starts off like it ought to be part of a spaghetti western, but with the first minute over that impression was blown away as the band let rip accompanied by the gritty vocals of Sky Hunter. This song set the pace for the entire set as we heard one rock classic after another. This was peddle to the metal stuff, nothing that could be termed a ballad here, just ball-busting rock. The heavy rock vibe that suits this outfit so very well, particularly her of the big lungs, was carried off time after time. There are some very good songs on the album, which sounded even better live, and the band deserves all the success they can muster.

The opened was followed by a song taken from the StoneWire EP release of 2011 then we were back to the album with ‘Vamonos’ and the song that should become their anthem, ‘Favourite Bitch’. The set continue with the album title track, then ‘Southern Honey’. ‘Don’t You’ came next and the first few bars of this reminded me a bit of old-school Uriah Heep with the laid back keyboards, but soon turned into something more energetic. The set ended with ‘Winter’s Hold’ and ‘Fix You’.

The band turned in a cracking set, much better than I’d seen from them previously, I can honestly say that with bands like this around British rock is safe! Go and see the band if they’re out near you, buy the CD, it’s well worth the money and helps to support a great upcoming band.