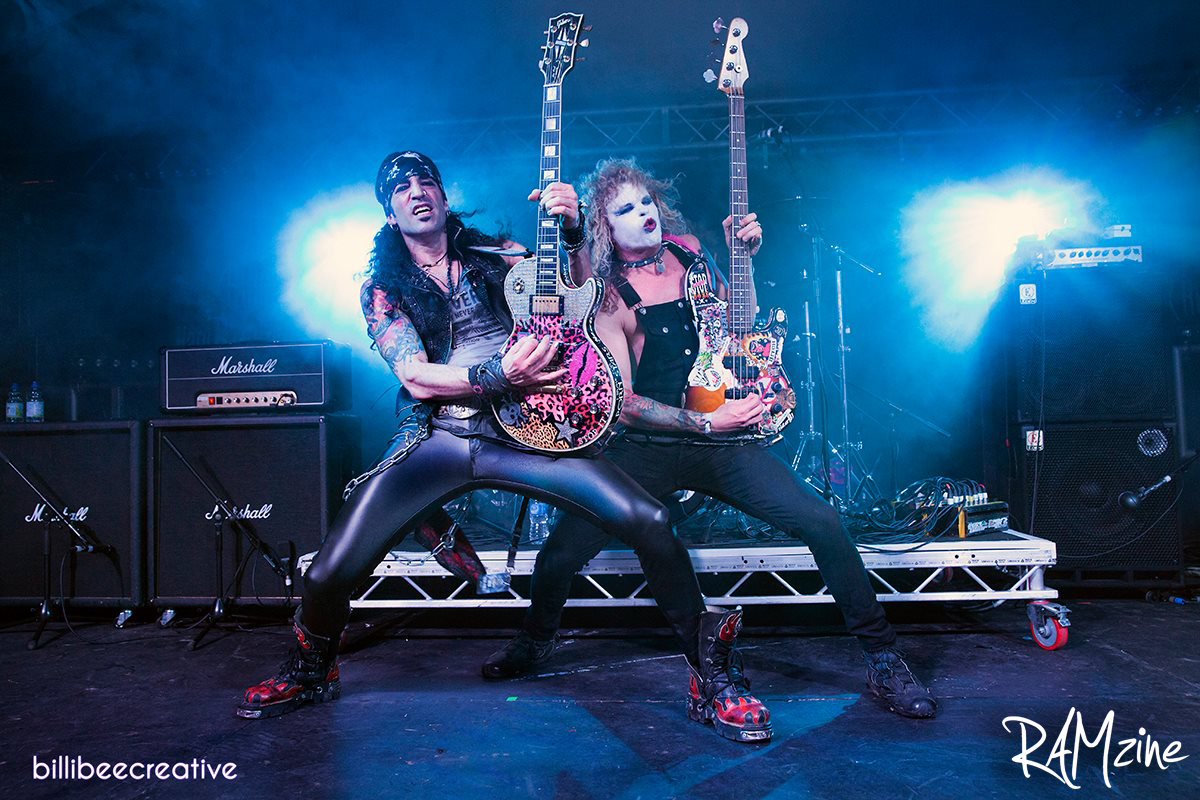 While some may argue that the glam metal scene of the ’80’s is long dead there are still bands that make an effort to continue its traditions, Stop Stop are one of these bands.

Starting out the night was The Lotus, an Italian progressive metal band, who have a number of songs that sound like early Queensryche but with more of an emphasis on synth.

The band made use of three different vocalists, the strongest of which also played bass and occasionally synth these songs were the more progressive songs that were sometimes reminiscent of Dream Theater’s more reserved tracks.

The highlight of the set was a ballad entitled ‘Perfect Love’ which sounds like Silent Lucidity by Queensryche crossed with Comalies era Lacuna Coil.

Continuing was Mayday Miracle, a UK based hard rock band that didn’t really leave much of an impression, their set was fine, the frontman was charismatic and from time to time they had decent Black Label Society style riffing but they were ultimately forgettable, that being said they were entertaining while their set lasted.

Finally, Stop Stop take to the stage and while they played to a full house on the recent HRH Sleaze show alongside Glam legends Faster Pussycat and Vain. This show had an underwhelming turnout but despite having a small audience the band still played like they were in front of an arena which speaks volumes about how dedicated they are to the glam style regardless of how niche its appeal may be. They began with ‘Love Machine’, a fun and bouncy blues driven track which could describe many of the songs in their set. But at no point did it become tedious due to how exuberant the band was as they managed to maintain a high energy level, as they won over a crowd that didn’t seem completely sold at the beginning of the set.

One of the main things that makes Stop Stop stand out from other modern glam acts is that they seem to be completely earnest about the type of music they write. While bands such as Steel Panther write songs that parody glam metal and the culture surrounding it, Stop Stop write songs that are definitely tongue in cheek but still sound like they could be covers of David Lee Roth era Van Halen. The two highlights of the set were ‘Join the Party’ and ‘Toilet Party’. While it helps to see a band like this with a larger audience due to the sing-along choruses and flashy guitar solos the fact that there were few people in attendance didn’t hinder the set and these songs still managed to sound huge and at no point did the band ever feel like they were utilising a tired gimmick.

Towards the end of the set, there was a suite of covers including segments from ‘Proud Mary’ by Creedence Clearwater Revival and ‘Thunderstruck’ by AC/DC.

With any luck the next time Stop Stop tour the UK they will be playing to a larger audience as they are certainly a band that has the talent to become to become a big name in the glam revival.