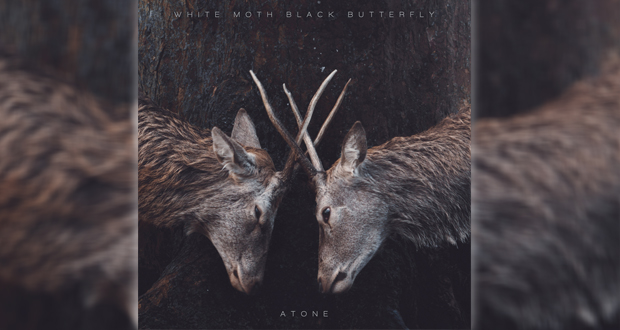 To call Atone ‘simple’ is to do it a disservice, as the album is one of depth, character, and personality. The most noticeable difference to Tompkins’ previous projects is the addition of co-vocalist Jordan Turner. Their dynamic is one of the shining lights of this album, their vocal lines dancing around each other in perfect complement. Throughout the entirety of Atone, vocal melodies seem to be plucked from an otherworldly place, and at no point do they overpower the subtle instrumentation behind them. The background electronics and glimmering guitars rise and fall, punctuating the voices without ever being too intrusive.

Album centrepiece ‘The Sage’ has every member at the peak of their powers. A sublime eastern guitar solo is spliced between two passages of the best vocal melodies to be found on Atone, and the electronics recall a band like The Black Queen.

A recurring theme throughout the album is a meditative quality that comes across best on tracks like ‘Evelyn’. The song not only shows off Jordan Turner’s incredible high vocals but also the power of layering instrumentation to guide the listener over the peaks and troughs of the track. No ideas are dwelled upon for too long either, which keeps the songs fresh and never feeling tired.

Atone is an album of exquisite balance. Every second seems to have been meticulously thought over and the musicianship is of the highest standard, yet the album never overindulges in places where it so easily could. This is a difficult thing to nail, but WMBB do it superbly, every note poised and purposeful. Even instrumental interlude ‘Deep Earth’, which contains a large amount of post-rock influence, conveys emotion through Turner’s captivating vocalisations. However far removed from Tompkins’ work in Tesseract this might be, it is essential listening for fans of the band. Atone proves beyond any doubt that both he and the musicians he surrounds himself with on this project are capable of pretty much anything at this point.