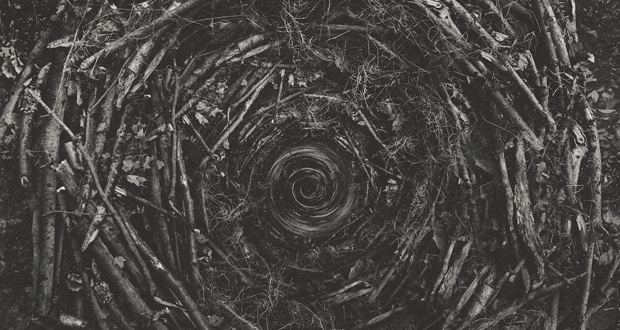 On the surface, Clairvoyant isn’t much of a departure from The Contortionist’s previous effort, Language, but on this album the band twist and mould the same textures and sounds into better-written songs. The songs feel more focused and concise, despite the album having a similar runtime to previous albums, and the techier tendencies of all members of the band are much more restrained. Few and far between are moments of vocal extravagance, but that makes them all the more potent.

In fact, vocally Clairvoyant is a huge step up. It’s not that a huge range of vocal techniques or anything new is being showcased; all the facets of Michael Lessard’s performance here can be found on previous releases. It is in the restraint and how sparingly the voice is used on this album that makes it stand out.

The same can be said of the instrumental playing on Clairvoyant too. Although nothing is quite as viciously heavy as their earlier work, the light and shade of the album means the harder parts hit all the more powerfully. Knowing that this band could quite easily fill every second of an album with progressive tech-death, but choose not to, makes it more of a statement that they haven’t. Consciously deciding to eschew what people would expect in order to push themselves in different directions as musicians is impressive, especially in a scene so obsessed with how fast bands can play.

An album as deep as this never hits on first listen. It takes a few attempts before the earworms begin to grow, the hooks begin to sink in, and you are enveloped in The Contortionist’s world, overgrown with leaves and branches, but still distinctly human. The production sounds earthy yet detailed, leaving space for every instrument to shine. It is an inviting album from the moment ‘Godspeed’ kicks off, its driving rhythms and heavenly guitars building up to a celebratory climax before cutting tightly short. This, ‘Reimagined’, ‘Absolve’, and ‘Return to Earth’ are the real highlights of the album because they show the aforementioned restraint. They are shorter, more precise, but lose none of the progressively minded touches The Contortionist specialise in. The weaker points of this album are when the ambient sections are left to run for a bit too long and begin to lose interest, but overall Clairvoyant is a solid advance in The Contortionist’s sound.