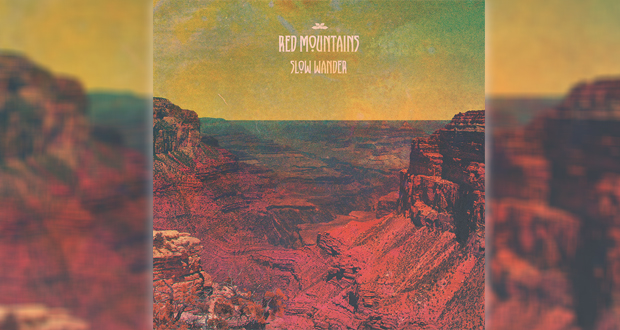 Norway’s Red Mountain, not to be confused with the one from the American deep south, is a band it would be easy to dismiss as just another bunch of musos who’ve turned their amps up to maximum full-on fuzzy distortion and just ground out the riffs. That would be a mistake. 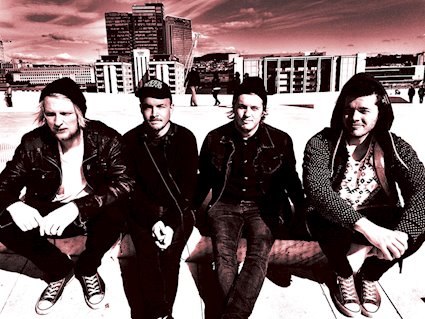 Yes, this is an album where the riff predominates, and there’s plenty of them, but there’s much more to Red Mountains than just riffage, and even though there’s some gargantuan, almost colossal, riffing on the album, the playing is not overpowering, not full-on in the face. The album paints a perfect landscape for their sound and they do indeed slow wander. There’re no driving riffs here for the headbanger. The bands style fluctuates between hard rock and heavy psych rock, and they’ve been described as the “Doom born love child of a marriage between Black Sabbath and Pink Floyd”. I don’t quite see the Floyd connection myself but I suppose a case can be made for it at a stretch.

The album begins with the bombastic sounding ‘Home’ with its echoey vocals and doom-laden atmosphere, where it lays the foundations for what’s to follow. Were Red Mountain ever to play Bloodstock, this would be an ideal candidate for the opening number. However, they show there’s another side to them with possibly the best track on the album, the bluesy / psych influenced and atmospheric ‘Endless Ocean’, at ten minutes the longest track on the album. At times on this track, they almost come across like a rock ‘Jam Band’ and the song develops a nice groove as it flows along.

The Sabbath influence is undeniable, and tracks like ‘Fog’ and ‘Acid Wedding’ sound as though they’re outtakes from any of Sabbaths first three or four albums. But ‘Oak’ sees vocalist Magnus Riise giving the song a CSN vibe with a laid-back feel. If CSN played rock they’d probably sound like this.

Overall, Red Mountain favours heavy, powerful chord structures, and the danger on an album like this, with none of the nine songs played other than at a stoner rock pace, is the album sounding monotonous, but that’s been avoided here through the quality of the songs. This album is nine tracks of some quite glorious stoner / pysch rock played by a band gaining confidence with every new release.