Review: Citizen – As You Please 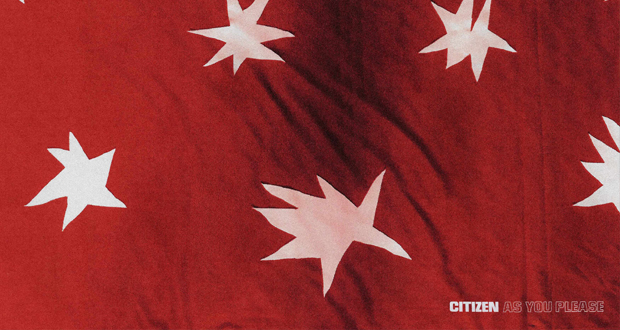 Ask any fan of Citizen to pick an album from their back catalogue and the chances are you will be told to listen to their 2013 release Youth. Ever since the release of that album, Citizen has had the musical equivalent of Mount Everest to climb to top the emotion, love and critical acclaim they received from it.
So, four years later, have they achieved that goal with their newest release As You Please? Well, immediately that seems to be an unfair question to ask because As You Please doesn’t fit in the same space that Youth occupies genre-wise. Where the former album focused on a pop-punk edge, the latter reaches a new level of maturity and echoes the sounds that the godfathers of the scene, Brand New, are most famous for. Certainly, songs ‘Ugly Luck’ and ‘Fever Days’ would not be out of place on a Brand New album whatsoever. Citizen really makes the new edge to their sound work, however, and songs like ‘In the Middle Of It All’ and ‘Discreet Routine’ are not only unique to the band themselves but also compared to any band they would deem peers in their scene.
The only real downside to ‘As You Please’ is the last track on the album ‘Flowerchild’ which feels tacked onto the end of the album, more as filler as anything else. This is not to say it’s a band song but it certainly does not rank as highly as the other tracks on this record.
Coming back to the original question, have Citizen outdone their seminal Youth? Personally, no but I can completely understand if anyone would prefer this release to the older record. ‘As You Please’ is a very good album and definitely outshines a lot of the pop-punk releases of 2017 by being unique, creative and most importantly, keeping the essence of what makes Citizen so popular. It would not be surprising to see ‘As You Please’ on many people’s end of year lists and deservedly so.
Share
Facebook
Twitter
Pinterest
Linkedin
Email
Print
Mix
Previous articleReview: Red Mountains – Slow Wander
Next articleDeliberations From The Shire with Mike James – B.O.S.C.H