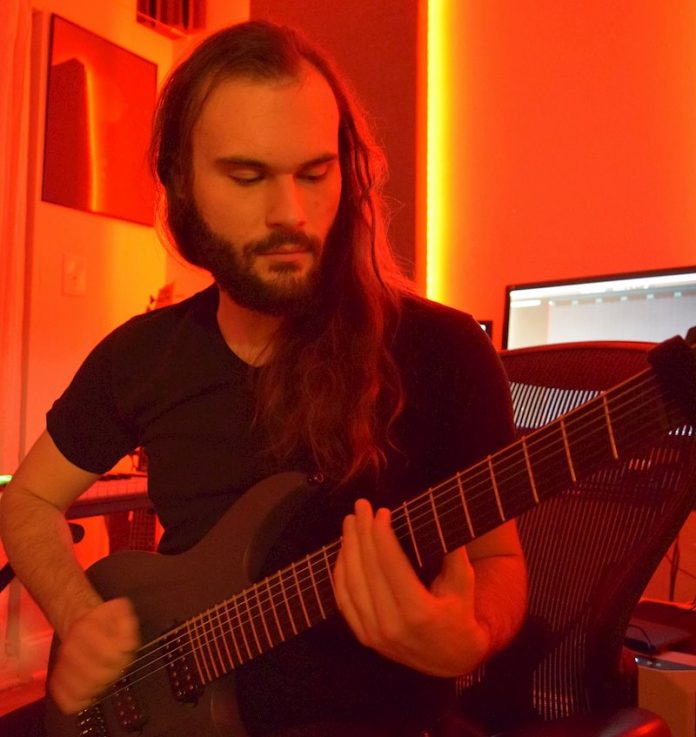 New Jersey based Manuel Barbará has a deep-seated love of progressive metal and contemporary classical music and, following his graduation from Berklee College of Music where he earned a degree in Guitar Performance and Composition, he has released his first album. Called Moonrise, it certainly blends his musical preferences with a mix of weight, lightness and, of course, classical across seven instrumental tracks.

If you doubt this approach, then one listen to the opening and title track will dispel any fears; aggressive riffing but backed by a complex melody that weaves behind the frantic drums and then a quiet piano-led bridge that breathes before we’re back into the riff. Three tracks compliment each other and should be considered as movements of a suite of rock: ‘Mirrors I, II and III’. The first builds nicely and orchestrally; the second is what I think is called ‘ambient’ as it plinks away before the third hits with a strong, slow and powerful riff before racing down the prog metal road.

Instrumentals are always difficult to assess: as a guitarist myself (albeit a crap one), most of this is a fascinating listen and it is easy to appreciate Manuel’s complex musical narrative. If you want songs to sing along to then, obviously, you’ll find it difficult here.

Regardless, this deserves a listen as it does embody the prog metal ideal and as such, it’s a damn good album: think Tesseract or Periphery.