Matt Pearce & the Mutiny impress with ‘Gotta Get Home’ 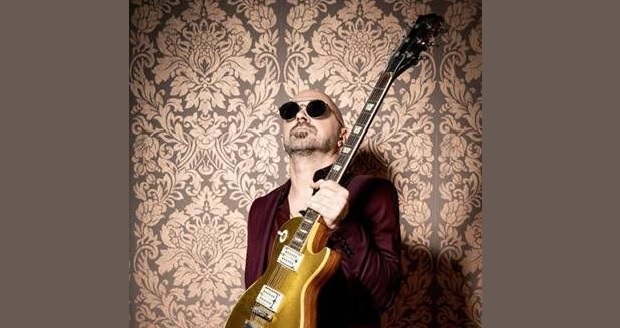 The Voodoo Six main man has a different project: Matt Pearce and the Mutiny is the name he has given it because in his own words: “I felt disobedient… I felt defiant… And I felt like I had to mutiny,” following the end of a relationship. With a strong band behind him, he has moved more towards heavy, funky blues with a dollop of southern rock and written all of the songs to produce the excellent Gotta Get Home.

It has echoes of his day job but also brings hints of The Stones and Rory Gallagher across the nine songs. Opening with ‘Scarecrowing’, it would scare the crow out of John Pertwee as it bursts into an SRV like track with its southern funk. It grabs you immediately: the wah’d guitar sings beautifully.

‘Ordinary Blues’ isn’t ordinary: imagine funk played by the best blues jam band around. The riff on this is an infectious, heavy blues built on multi-tracked guitars and keys in harmony and harmony is to the fore in the choruses as the delightful Acantha Lang adds perfect vocals. The extended bridge brings slide guitar into play and heralds a picked solo of real quality and variation. ‘Some People’ is packed with blues…when it starts, you will think Bonamassa has a new song out. The sparse, phased riff is so clever that you can miss it unless you listen properly. The guitar solo is a great example of using all of the strings, all of the frets and picking the right notes in the right quantity.

Matt is, mercifully, no widdler. ‘Set Me Free’ is a classic in waiting. There are hints of latter-day Free, Green era Mac as well as some Rory. In other words, it is sublime blues that very few can create these days. The title track, Gotta Get Home’, takes Mick Taylor, puts him in the Crowes and wraps it up with gospel tints that, with Acantha adding more emotion, adds up to electric delta blues -in every sense.

If this album had been released by one of the ‘established’ blues giants, it would be lauded to the skies…and so it should be. Matt has stepped sideways from the heavy rock of V6 and produced a high-quality blues album that stands alongside the very best.