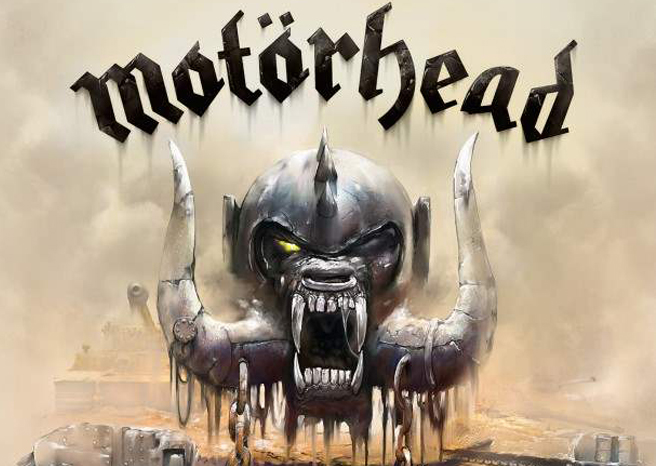 Firstly i’d like to point out that i’m a big fan of Motorhead, the influencers, the leaders, the creaters, the pioneers. My claim to fame is being spat on by Lemmy at a london gig many many years ago and that stays with me to the grave.  Ace of Spades, Snaggletooth, Philthy Animal, Fast Eddie, Cowboy hats, Power Chords, things that all excite you about Motorhead.  Secondly i’d like to explain the reasons why Motorheads latest album, Aftershock, to me isnt the most inspiring album i’ve heard motorhead produce.

Upon obtaining a copy, instatntly for me artwork is important.  I’m not a huge fan of buying digital, i need a cd cover or vinyl cover in my hand, to admire artwork and the effort put into it to create it, it sets a tone for the band, gives them a theme.  The cover is outstanding, most would say typical but it’s simple and its metal.  Now this is where i start to have my problems.  Motorhead in my opinion are a rock n roll band, rock n roll through and through, perhaps years ago they fell into a ‘metal’ bracket but in latter times they ooze rock n roll and they play bloody well brilliantly.  They personify rock n roll, its what rock n roll is about, a carefree lead vocalist with history and presence about them, a certain menage a tois as del boy would say and two outstanding musical wingmen in Phil Campbell and Mikkey Dee.

I must state this album is by no means rubbish or badly produced or the worst of the worst, it really isn’t and i enjoyed listening to every track but after some 20 odd albums over a very long and prosperous career i’d love to hear something perhaps…… different.  I love rock n roll, i love metal and i love Motorhead but inspirationally i could pick up one of a plethora of Motorhead albums and pretty much hear the same.  By all means go out and buy this if you want to hear Motorhead still at their peak but if you’re expecting anything more i’m afraid you may be a little disappointed, i was.