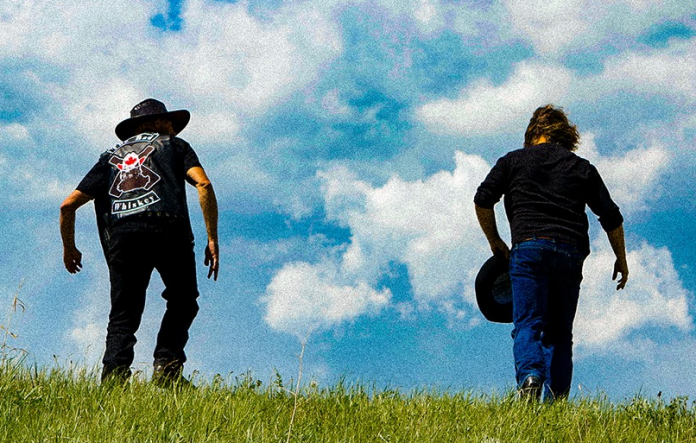 Canadian born Nikki Wozzo is a man with two hats…he is the renowned vocalist with North East England’s heavy metal powerhouse, Serpent’s Kiss, and has another life with his band Bad Whiskey. The two styles are as far apart as Middlesbrough and Toronto! In this guise, Nikki is more of a Ted Nugent does Hank Williams does rockabilly… seriously. The new album, called simply Bad Whiskey, is a seven-track, twenty seven-minute, feast of that mix; and it works.

Opening with ‘Wild Rose’ we get a southern tinged rock ballad; the title track stays slowish with a great bassline and a catchiness to the melody that grabs and keeps and a decent harp solo to burn the country blues up nicely. ‘Ain’t She Something’ is like Poison doing Bon Jovi with Merle Haggard having a hand in the writing and it sounds even better than you’d imagine. The rockiest song is kept until track six: ‘Rowdy’ is countrified rock… imagine if Slade wore chaps and stetsons then that’s close to the rhythms and sense of fun here. The final track, ‘All Night Long’ isn’t that one; it’s a fast-moving line dance of country rock with an almost incongruous, quality rocking guitar solo.

At first glance and listen, this may seem a strange fit for Rock And Metal Magazine, with its mainly country feel, but it has a helluva lot going for it and is so well played that, when any of the songs come up on shuffle, they will be welcome.