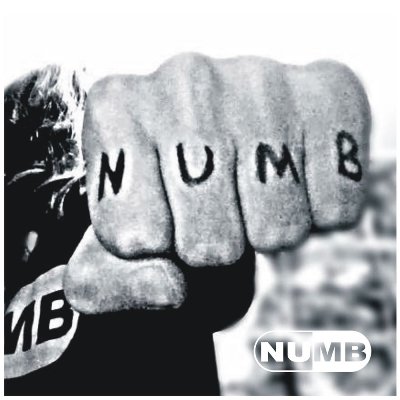 British rock band NUMB‘s self-titled debut album is now available on Attic Records and they have released ‘Common Love‘ as a single from it – There is also an accompanying video that can be viewed here on this page at Ramzine.

The band was formed in 2015, rekindling a long term musical collaboration between guitarist and songwriter Darren Caven-Quantrill and multi-instrumentalist and composer Barney Byron (The Calling, Audioeinstein). They were subsequently joined by lyricist and vocalist Lee Rayner and together they wrote an album’s worth of original material.  “Darren and me just clicked and we immediately knew we had a unique sound,” commented the singer. One that was rounded out by the addition of rhythm section Damo Falkowski (Deadeye) on drums and Byron on bass.

Excited as they were with the songs being recorded, NUMB decided to play a series of local gigs to help gauge public interest. “It gave us the real desire to take the time to perfect our unique sound – we took the old industry route! Demoed the entire album first, taking our time and this allowed us to craft an album which not only met our expectations musically but we now honestly feel deserves to be exposed and out there” said Caven-Quantrill.

““The songs are semi-autobiographical. They are extremely personal – this is real life rock,” remarked Rayner, while commenting on their collective sound “Some might hear the Randy Rhoads/Osbourne-esque guitars. Some may hear our combined appreciation of bands like System Of A Down. Others possibly the punk edge of The Dead Kennedys, the angst of Rage Against The Machine or even the neo-classical Muse edge.”