Once Human bring the heavy on Scar Weaver 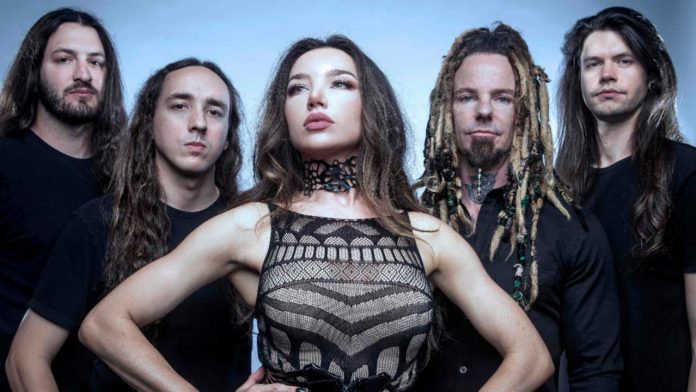 Groove metal crew Once Human are about to unleash Scar Weaver on the world, their third studio album. The band is fronted by Lauren Hart who delivers guttural screams and harmonic cleans to create a heavy, cutting vocal style that’s perfectly complemented by the music featuring ex Machine Head and Soulfly guitarist Logan Mader and his counterpart Max Karon who is described by Hart as a riff machine, and for good reason.

Scar Weaver is a slab of heavy grooves with nu-metal and melodic death metal overtones in places that’s a riot to listen to from start to finish. As mentioned this is the third album in their catalogue and it’s a statement piece to boot, there’s more visceral aggression to the band’s sound compared to 2017’s Evolution, a darker atmosphere caused by a band forced to halt some of their proceedings due to the global pandemic.

Three singles preceded the record, the incredible ‘Deadlock’ which features Rob Flynn (Machine Head). The haunting ‘Erasure’ explores the deplorable practice of blood diamonds and the abstract ‘Cold Arrival’ is a truly unique track. All three singles work perfectly as lead in’s to the overall album which doubles down on the quality.

From start to finish Scar Weaver is an incredibly enjoyable record and one that continues to impress on repeat spins. The intensity of each track remains consistent creating a heavy, impactful experience and some dark soundscapes with a level of urgency, the songs demand your attention whilst being incredibly listenable and upbeat in places.