PFM are Dreaming of Electric Sheep on new album 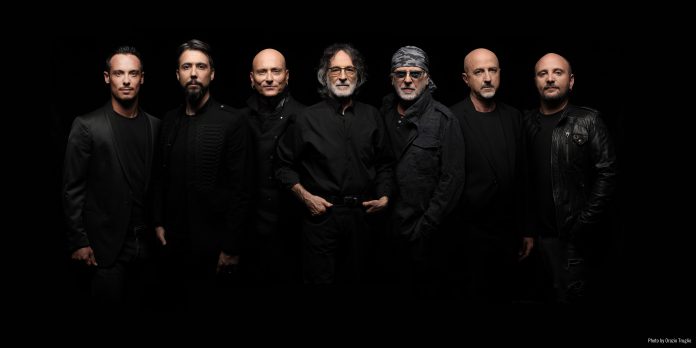 Primieta Forneria Marconi, or PFM, are a rare example of an Italian band who’ve made waves in the music world, releasing a series of albums down the years which have increasingly made them harder to pigeonhole, allowing the band to describe themselves as ‘impressionistic painters,’ feeling unconstrained by genre boundaries, which ‘allows creativity to flourish.’ Listening to this album, it would appear the skill of PFM is to be able to combine symphonic classical with jazz and prog influences and create something with a rock vibe.

The album’s title is derived from Philip K Dick’s book ‘Do Androids Dream Of Electric Sheep?’ on which the film Blade Runner was based, with the context being people are now increasingly more isolated from each other and, with technology taking over all our lives, people are now becoming more like androids. Really?

Electric Sheep begins and ends instrumentally which, for this writer, are the best pieces of music on the album. In between are a range of songs with varying messages but all are linked to the power of love, passion and imagination. ‘Let’s Go’ is an engaging tune about ‘recharging the weary soul,’ and ‘City Life’ deals with how to cope with living in cities that are becoming increasingly manic, but ‘If I Had Wings’ is a powerful song with some fine playing… If I had wings, I’d show you all the beauty from above.

Jazz-funk comes well to the fore in title track ‘Electric Sheep’ and on ‘Daily Heroes’, a song about the people who ‘show us the way.’  This leads to the best vocal track, ‘Kindred Spirit’, a song with the feel of Riverside, a story about people trying to safely navigate their way through times of danger and how, in such times, there are no strangers, just kindred souls. Here, the use of uilleann pipes is both subtle and effective.

The instrumental ‘World’s Beyond’ opens the album with an orchestral flourish before the band joins in soon after, with both then playing alongside the other. The one-minute-long ‘Transhumance’ is pure jazz-funk before the album closes with the ‘Transhumance Jam’, an instrumental straight from the Mahavishnu Orchestra’s playbook with some fast-moving keyboards, guitar and violin and the musicians playing with real speed and precision, producing a glorious conclusion to an album which contains much fine musicianship, even if the singer’s voice still remains very much an acquired taste