Sweet Give You Everything 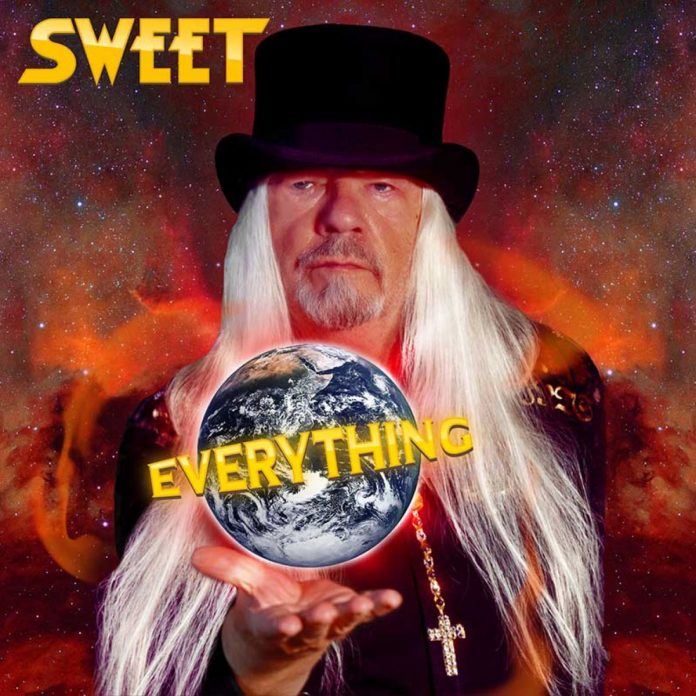 “During the rehearsals for Sweet’s forthcoming Hellraiser UK Tour in November and December 2021, we were trying out various songs from our back catalogue that could be added to the set list,” said Scott, continuing: “As soon as I heard Paul Manzi and Lee Small’s vocals on the song ‘Everything’, I knew that we needed to get it down and record it as our new single.”

That original version of the song featured on the 2002 album release Sweetlife, but this new version, aptly titled ‘Everything 2021’is a totally new recording.

“I think the new version is a far superior production,” said Scott. “It’s much closer to how I envisaged it when I co-wrote the song back in the day.”

The single will be available via iTunes/Amazon/Spotify/Apple Music and all the usual platforms and will also be supported with a music video via The Sweet’s official YouTube Channel that you can also watch here at RAMzine.

You can stream and download ‘Everything 2021’ by clicking here.

A British rock and roll institution, Sweet’s pedigree includes 55 million albums and had 34 number #1 hit singles. Hailed by many as a national treasure with a loyal fanbase, their dazzling arsenal of rock music stands the test of time – Their music as relevant today as it was 50 years ago when Sweet first stormed the UK Charts in January 1971.

Sweet embark on their Hellraiser UK Tour this November, with Limehouse Lizzy as special guests on all dates.

Tickets are available from The Gig Cartel.