Mentor… All Equal in the Fire! 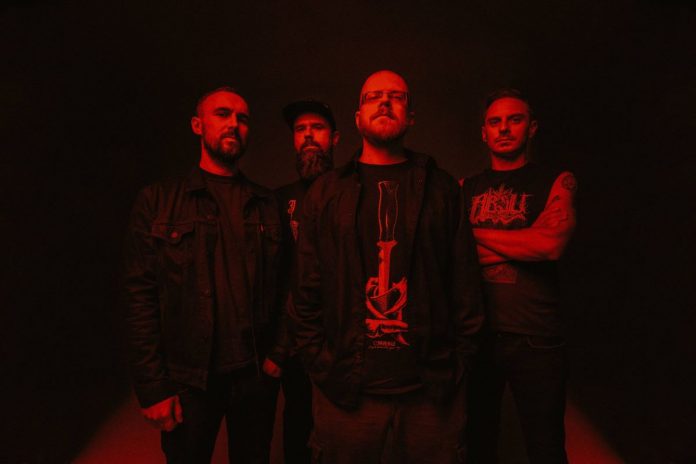 Mentor has released a new single, ‘Equal In The Fire’, from their forthcoming third album, Wolves, Wraiths and Witches, that will be released via Pagan Records on 17th November.

“‘Equal In The Fire’ was one of the first tracks written for the new album and it really set the tone for all the material that came after,” declared the band.

“It’s very fast and very savage, with lyrics talking about the destructive, yet cleansing power of fire. It doesn’t matter who you are, what are your accomplishments, beliefs or petty delusions of grandeur – we all become equal when flames devour our bodies.”

The album itself has been described as a continuation of the style the band carved out on their 2016 debut Guts, Graves and Blasphemy – “fast and hard, without compromise”.

There will be nine new tracks of metal and hardcore music, with lyrics telling stories “from the intersection of occultism and B-horror movies”.

Tracks featured will be: ‘Equal In The Fire’, ‘Satan’s Snake-handlers’, ‘Fed After Midnight’, ‘The Great Grave In The he Sky’, ‘Creature Feature’, ‘Dance Of The Dead’, ‘Blood Is Love’, ‘A Night So Grim’ and ‘Sealed In A Tomb’.

Wolves, Wraiths and Witches will be available from here and you can watch the video for ‘Equal In The Fire’ right here at RAMzine.