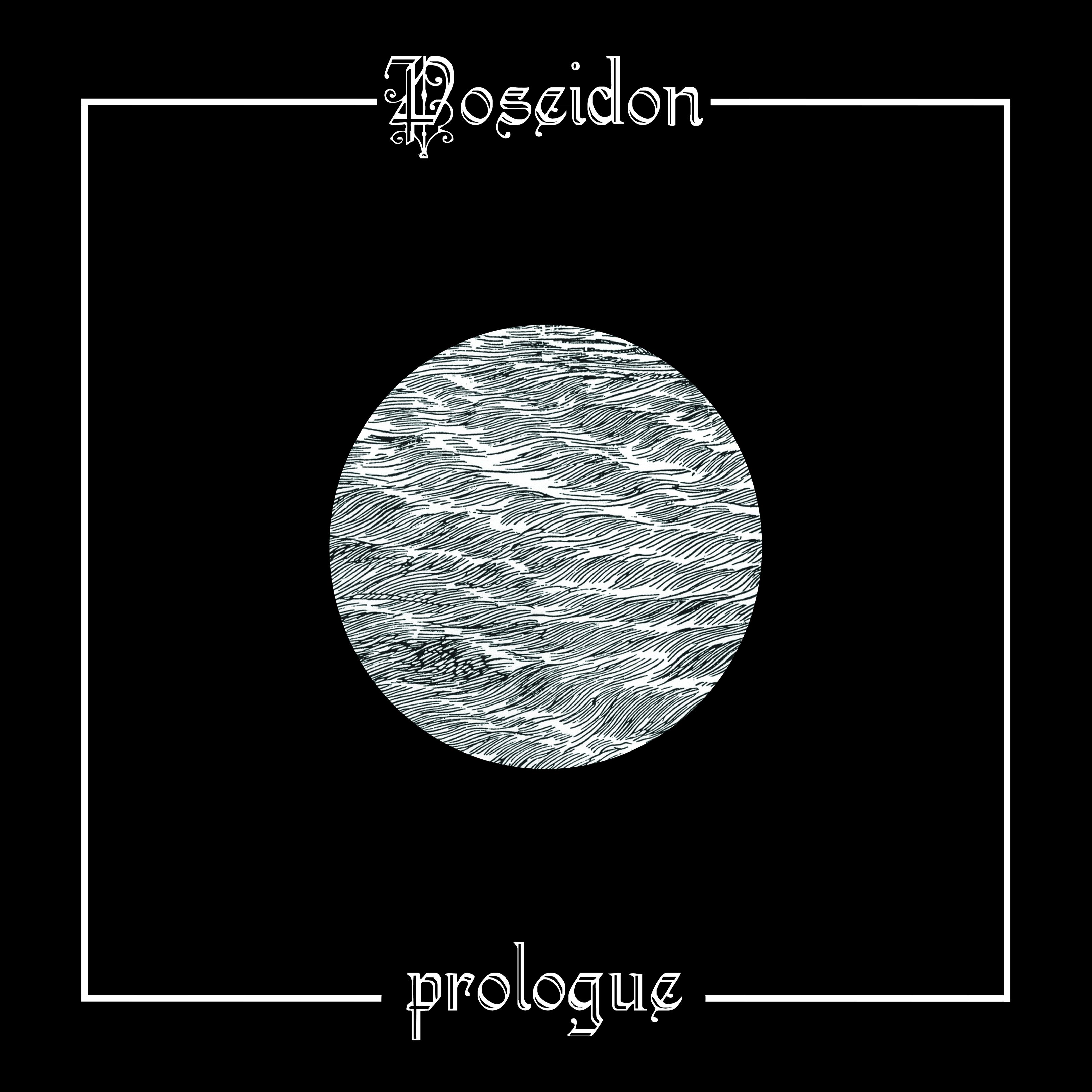 Poseidon; Proper noun, Greek mythology, the God of the sea, water, earthquakes, and horses, son of Cronus and Rhea and brother of Zeus. He is often depicted with a trident in hand.

Any band willing to take on a name with that describes such a thing really needs to be something huge and special. Thankfully, these guys are. Their debut album Prologue was released by through the ever impressive Ripple Music earlier this year. An amalgamation of several bands, they joined to create something on a grand scale that could scalp the landscape with one swift movement.

Prologue is a doom ridden, seventies inspired, and sludge coated monster. A 4 track opus spanning 45 minutes, each track not unlike each other, but also very much of a similar theme. The length of the tracks are enough to put off those with little patience, but to start off gently, opening track ‘The Beginning The End The Colony’ sits in at a mere 13:36 long. Opening out with a sound of true horror, they waste no time in defining exactly who they are. It is no surprise how they have in their short time, conquered some of the best festivals for their style. Devastatingly heavy, the demonic wall of sound develops into a struggling march from crawling pace, before being met by a clearer vocal style that brings another level to that horror it began with. Proving to be more than a one trick pony, ‘Mother Mary Son of Scorn’ takes an acoustic approach, a stark contrast to the greeting you receive, but the eerie sinister feel still flows. What follows sits in as the shortest track, and feels very much the hardest of the beast, but it also comes in as the shortest, 6:16 long, probably still too long for those of simpler tastes. After all of the genius to be taken in through those three tracks though, the finest is yet to comes, ‘Omega’. It follows the lead of both previous tracks, the clean tones match those of the acoustic side, and the harrowing overdub that sits uncomfortably in your lugholes for the first few minutes. Finishing the album, it may seem pretentious to some, but it really is a masterpiece of its own making, it allows for all the members to really push themselves to their best.

The Greek God can step aside now, there’s a new Poseidon taking the throne, and I am certain what ever will come next after Prologue, will truly be what defines their landscape for years to come.