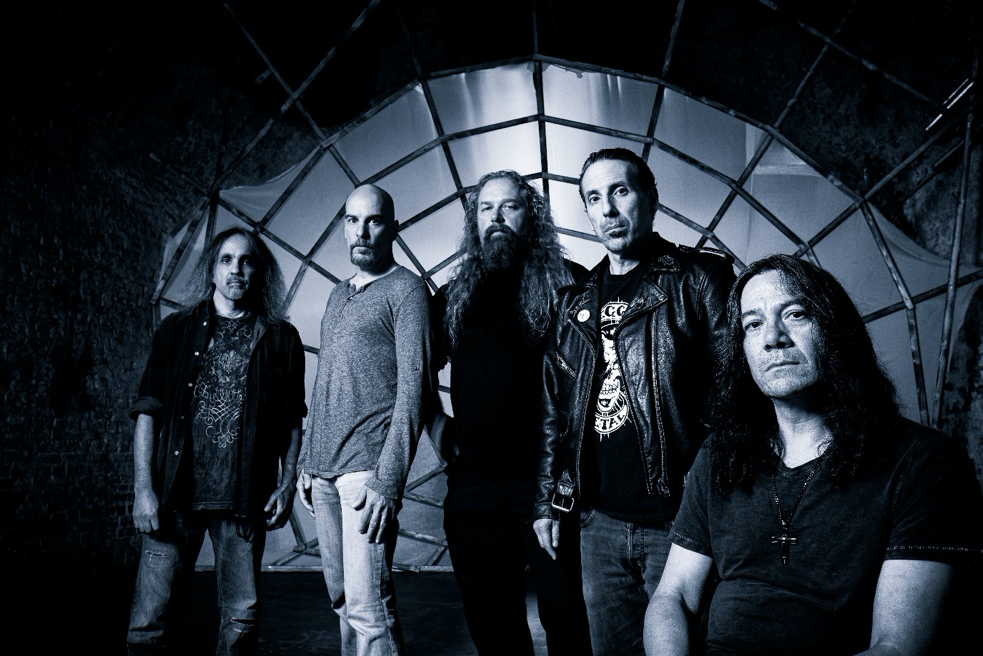 Lately a number of bands have released long-awaited albums with great success, the most recent being Sacred Reich with Awakening. Long at last, Psychotic Waltz have their turn with The God-Shaped Void, which marks the end of their 23 year recording hiatus complete with their original lineup.

Psychotic Waltz have never been the most widely appreciated band in the prog metal scene, but this new record has the potential to make them the next big thing. The 2020s has the potential to become “The Comeback Era”, especially since progressive metal is no longer the dirty word it once was in the ’90s.

Psychotic Waltz’s albums have always had a strange, bleak tone and given off a feeling of empty hopelessness without crossing over into doom metal territory. The God-Shaped Void has some energy to it despite having a dour tone, and the songwriting is easily the focus of the record without overshadowing some of the beautiful harmonised guitar lines that would not be out of place on a Queensryche track.

The album begins with ‘Devils and Angels’, a track with a slower build up that displays the band’s bizarre ability to create a groove-laden track complete with a bleak tone – something that runs throughout the rest of the record with tracks like ‘Stranded’ and lead single ‘All the Bad Men.’
‘The Fallen’ is a slower ballad that feels reminiscent of Pink Floyd at times, and it is a welcome change of pace being placed perfectly in the middle of the record. It also illustrates the versatility the band has to offer.

‘While the Spiders Spin’ is a fantastic representation of what Psychotic Waltz has to offer, complete with downbeat lyricism juxtaposed with beautiful harmonised guitar lines, synth work, and the gruff vocals of Devon Graves. This feeling carries on to the following track, ‘Pull the String’, which manages to fit quite a lot into 5 minutes. Not only is it one of the heaviest tracks on the album, but it features some of the strangest twists and turns on the record. For instance, it even includes Jethro Tull style flute solo.

‘Sisters of the Dawn’ is one of the darker tracks on the record. It would feel at home on a Fate’s Warning record with its oppressively bleak atmosphere and plodding pace that gives off a feeling of impending doom and futility. This comes before the record is ended with ‘Silence’, a song that has a strange bittersweet energy to it, as well as a bluesy guitar solo and Judas Priest style riffing that lead into a satisfying acoustic outro.

“The Comeback Era” is still in its infancy as many of the bands with decades of inactivity have recently released follow-ups to their returning albums. But, this should this be Psychotic Waltz’s swan song then they have ended on an incredibly high note.

The God-Shaped Void was released on 14th February via Inside Out Records.